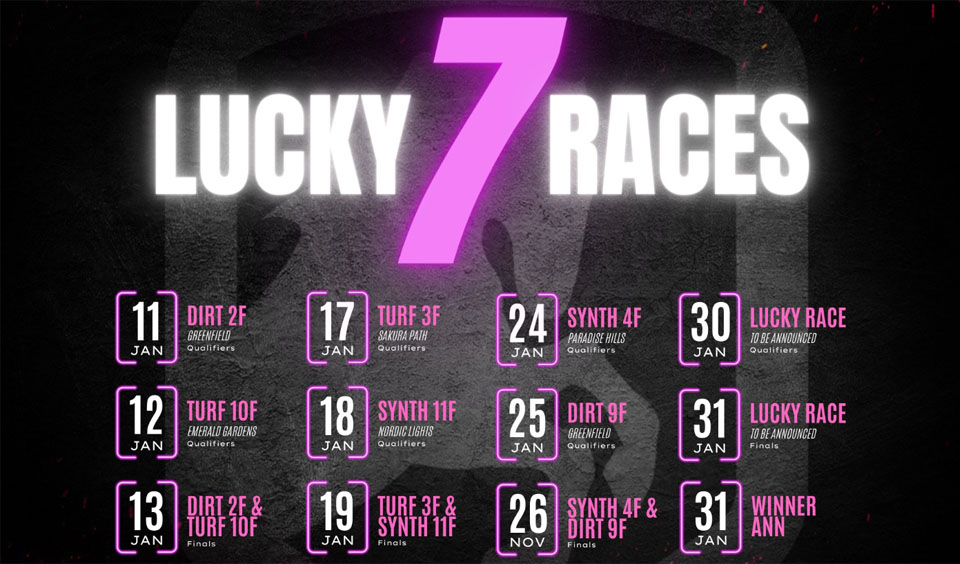 The NFT-based horse-racing metaverse powered by DERC token, DeRace, has announced the introduction of Lucky 7 Races. This is an epic monthly event in the DeRace metaverse. The event consists of seven races covering available surfaces on the game platform.

The Lucky 7 Races will include six pre-announced races of specific surface and length and a randomly drawn race. According to the game platform, the prize pool for this event is 35,000 Sugar Cubes.

What are the Mechanics for the Lucky 7 Races Event?

Interested participants must participate in all races scheduled for the Lucky 7 Races event. During the event, players will drop out naturally based on their performances. Players that reach the Finals will receive rewards.

The invited gamers will participate in the finals to compete for a share of the prize pool of 5,000 Sugar Cubes.

Highlights of the Distribution of the Prize Pool

Twelve winners will share in the prize pool for the Lucky 7 Races event. The game platform mentioned it will distribute the prizes based on the ranking of each of the twelve winners. The highlight of the distribution according to DeRace is as follows:

The registration for the first 6 DIRT 2F Qualifier races starts on January 10, 2023, at 9:00 am UTC. Registration is on a first-come-first-served basis.

Therefore, interested participants should get their best horses ready for the event. Individuals can visit the official Discord Channel of DeRace for more information about the event.

DeRace is a complete NFT-based horse racing ecosystem built on the blockchain and powered by the $DERC token.

Players can have a one-of-a-kind NFT racehorse in their stable, with which they can race, rent, breed, or trade with other players on the game platform. All in-game transactions on the DeRace metaverse are exclusively done in the $DERC token.

What do you Need to Start Playing Crazy Kings by Animoca Brands?