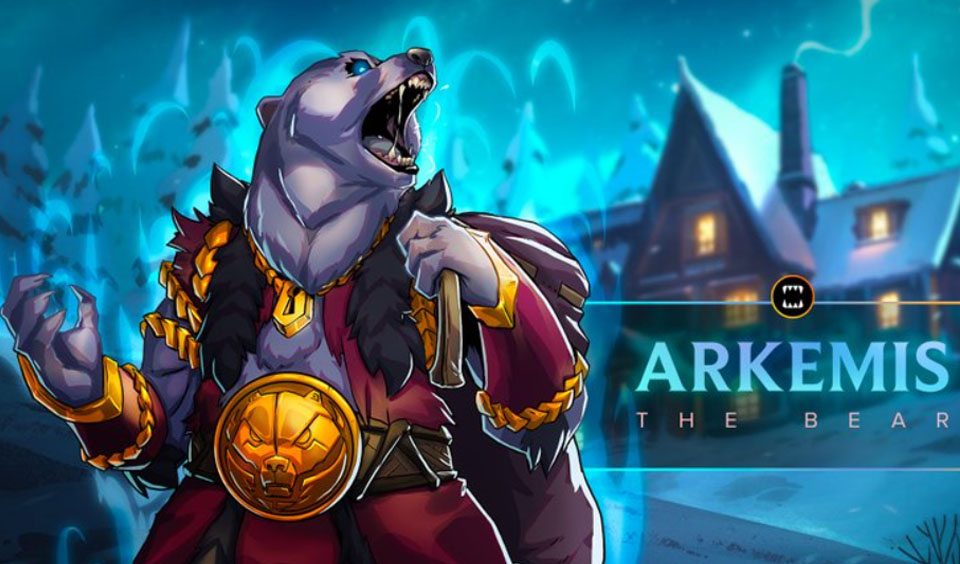 The blockchain-backed trading card game, Splinterlands, has announced the launch of its Winterfest End-of-the-Year promotion. The event, which starts on December 13, features a new promo card – Arkemis the Bear. This promo card has a Common rarity neutral card in the game.

Players will get a level 1 copy of the card for every booster pack they buy in the Splinterlands shop for the next thirty days. These include all Chaos Legion, Tower Defense Nightmare, and Riftwatacher pack purchases. It is worth mentioning that bonus packs also count.

When is the Winterfest End-of-the-Year Promo?

The promo starts on December 13 at 21:00 UTC and runs until January 12, 2023. Players can access the Arkemis the Bear promo card from the beginning of the promotion. Also, the card will be playable in the game immediately.

According to Splinterlands, each promo card gotten with pack purchases has a 2% chance of being a gold foil version. Also, players are guaranteed to get a minimum of one gold foil version for every fifty packs they buy in a single transaction.

Players who bought packs when the team published the 2022 Holiday Deals post on November 29 will receive one Arkemis the Bear promo card. The chance of getting a gold foil version of the card is also guaranteed.

What to know about Arkemis the Bear

Arkemis the Bear is a monstrous 12-Mana, Common rarity Neutral character. Players can play it with any Summoner and in different scenarios. The card has a remarkable amount of health and a strong Melee attack.

However, the capabilities he has gained over the years of weathering the crypto winter make him more powerful. He can protect himself and his friendly characters at level 1 with his extra armor. As he levels up, he acquires extremely rare Halving capability. This halves his targets’ attack when he hits them.

Also, he can block high-powered attacks through its Forcefield ability. At max level, he starts getting Enraged when he is not at maximum health. This heightens his Speed and Melee attack damage.

According to the game platform, players who buy the packs earlier will be eligible for extra airdrops. The airdrops are available for the Riftwatchers, Tower Defense, and Chaos Legion sets. Buyers can also get additional discounts on Tower Defense and Chaos Legion when they use DEC tokens.