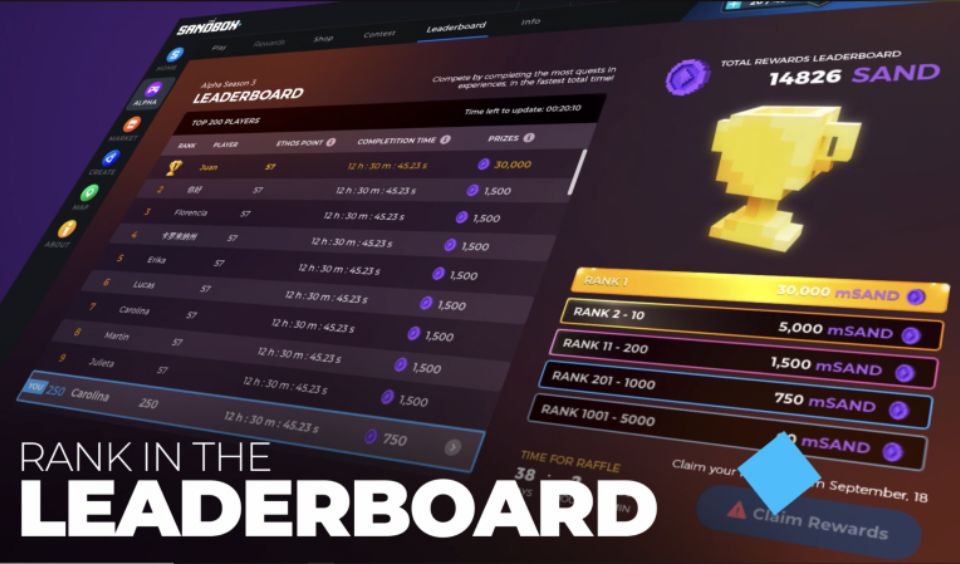 The Sandbox has unveiled the Alpha Season 3 leaderboard following the end of that edition. While making the announcement, the team stated that winners could claim their earnings within the next 24 hours. They also appreciated the players who engaged in the contest and shared their feedback. The devs will use these responses as a framework for future improvements.

We say "check the link" 😉👇 Claim will open in 24 hourshttps://t.co/KAb4CjuSOy pic.twitter.com/4reKF7ZFS7

The last Alpha ended on the 1st of November, 2022. However, Sandbox could not distribute the reward immediately as there were significant issues they had to settle. There were issues of players engaging in fraudulent actions. This includes using bots and other illegal means to climb up the ratings. As such, there was a need to investigate and scrutinize the leaderboard properly.

Although there was some illegal activity, not all player actions were malicious. Sandbox issued an earlier update to clarify the difference between exploiting known bugs within the game and using criminal acts to climb up the rating. In addition, the team restored these known glitches that were removed due to a recent update. They also deducted points from some players who had completed certain levels in the contests. The aim was to ensure parity and competitive gameplay.

Here are the top-ranking players on The Sandbox Alpha Season 3 Leaderboard and their respective rewards:

10,000 winners will share a prize pool of 1,000,000 $SAND from this Alpha, and players can check the leaderboard to confirm their position on the ranking. The Sandbox anti-cheat squad is constantly monitoring the ratings and will ban anyone caught cheating.

How to Claim Your Rewards

Only those whose names appear among the top 10,000 players are eligible for rewards. If you are one of them, follow these steps to claim your prize: