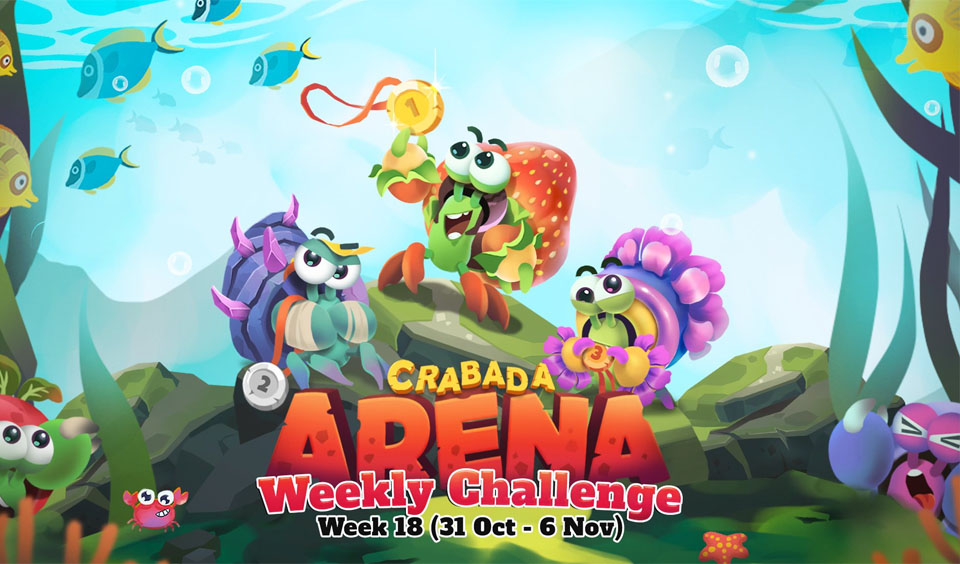 A play-and-earn idle game on Avalanche, Crabada, has announced the launch of its Week 18 Arena Challenge, slated to start today, October 31 to November 6, 2022.

The game platform mentioned it is making some changes to the game mechanics to promote game fairness for actively participating players in the Arena. According to Crabada, its team is removing Arena Tickets from the Guardian Bounty and will refill it every two hours with one Ticket to a maximum of six.

Highlights of the Mechanics and Rules of Week 18 Arena Challenge

Crabada mentioned that all Crabada may participate in Arena battles during the Week 18 Arena Challenge at a maximum of level 100. This means players can have their Crabada battle at their full strength. The team will refill Arena Tickets every two hours instead of four, and the maximum of Tickets is 6.

The game platform revealed it will split each player into different tiers during the Arena Challenge based on their Arena Points.

It is worth mentioning that the game mechanics will deduct various points from an Arena defeat. This is determined by the base deduction amount and the player’s tier. The highlights of the tiers are enumerated as follows:

Where there are decimal points in the Arena Point calculation, the platform will round it up to the next whole number.

What are the Points and Rewards for Week 18 Arena Challenge?

Crabada revealed that the rewards for Top-ranking Arena players are Material Chests. It further revealed it has significantly increased the Arena reward pool. It is worth noting that the Material Chests also qualify for the multipliers, which can go up to as high as 10,000 times.

MOMOverse Under Maintenance before the Launch of MOHome Alpha Test