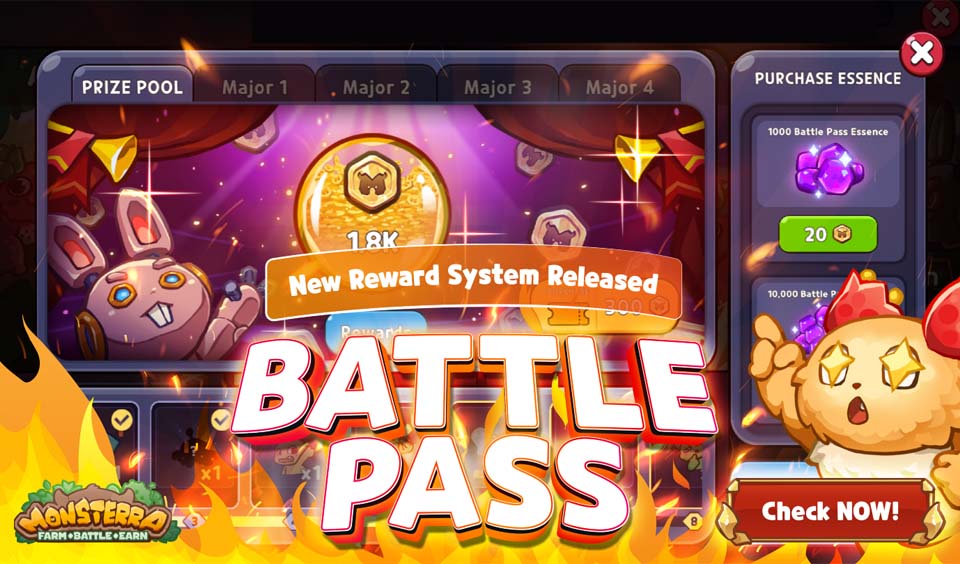 The number one multi-chain NFT game with a free-to-play-and-earn mechanism on BNB, Monsterra Game, has launched its Battle Front S3 with exclusive rewards in Battle Pass. The event will run from November 23 to December 22.

There are many exciting incentives, limited NFT boxes, and valuable assets waiting for participants in the event. The game platform also mentioned it has created a large MSTR reward pool for the top ten best warriors.

According to the game platform, it has made some changes to the mechanism of the new season based on the two previous seasons.

Highlights of the Looting Food Mechanism

The quantity of food loot will be based on the destructive percentage of specific land plot types in the new season. Also, Mongen must attack the same land-plot type to loot Food. The land-plot types that drop food when assaulted are Food Storage, Landcare, Farm, Habitat, Breeding Den, and Hatchery. Each has a specific Lootable Food ranging from five to one.

What is the New Reward System?

It is worth mentioning that most rewards are free to claim. However, some require that a player has a Battle Pass Premium ticket to claim them. According to Monsterra Game, there are 80 basic levels in the Battle Pass Season 3, and users can level up. After attaining level 80, the platform will repeat every 30 levels.

What are the Battle Pass Quests?

According to the game platform, a part of the Battle Pass sales and Battle Pass Essence will be used as end-of-season rewards for gamers who participate in the Battlefront S3.