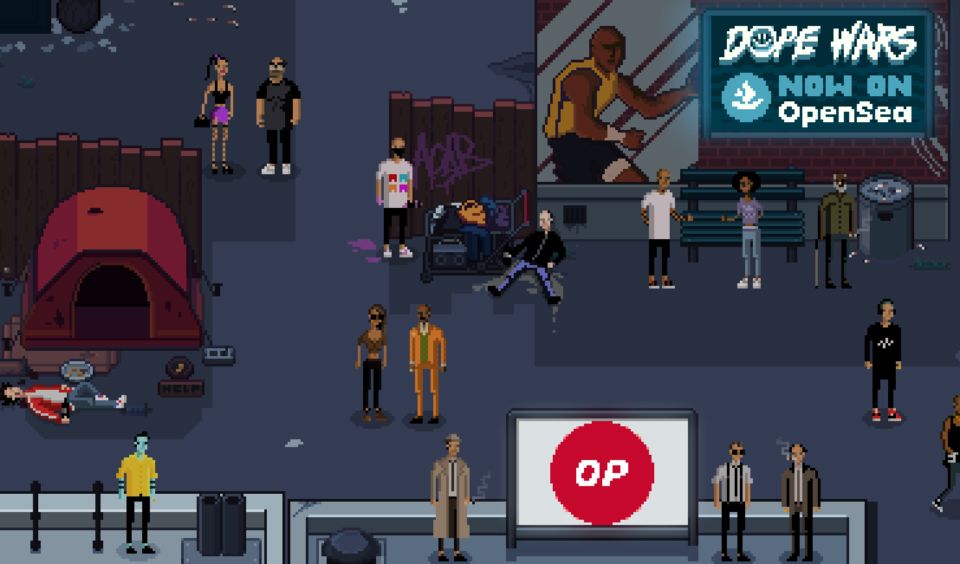 Dope Wars is a hip-hop-themed role-playing game that is similar to the Grand Theft Auto franchise.  Players get to take on the identity of “hustlers” and begin their journey into the underground world. Users can customize these characters with different NFT Gears.

This RPG that is inspired by the classic Drugwars is built on the Ethereum blockchain. Despite being an experiment, this is a fully-functional gameplay option. It is a truly decentralized project that is driven by members of its community. This means that they get liquidity through NFT sales, instead of VC funding.

How to Start Playing Dope Wars

To begin playing Dope Wars, users must acquire a hustler. This is the avatar that represents them within the metaverse. Players can mint these in-game characters by unpacking a DOPE NFT. This will require some $PAPER and $ETH gas fees. With the hustler ready, they can begin to customize it.

Customization is essential because you will be getting a naked avatar. These are the ten gear NFT slots for every hustler:

This implies that users can add or replace specific items that are allocated to these slots. Before these customizations, you create the basic features of your in-game character. They include Name, Gender, Skin Tone and Hairstyle. These personalizations are on-chain reactions. This implies that every change you make is stored on a blockchain.

With your avatar ready, you can delve into the metaverse. At the start, every digital asset has a specific amount of respect. The contract deployment and time of minting determine how much respect your in-game character will have. However, an OG hustler has maximum respect. Meanwhile, you can mint more fictional beings and trade them for the Respect attribute.

How to Get Dope Wars NFT Gears

Before getting Dope War NFT gears, you need a hustler. To mint a hustler, you must have 6,250 $PAPER, 1 DOPE NFT and $ETH for gas fees. Once you unpack your avatar, you can obtain the respective equipment.

While there may be different ways to get Dope Wars NFT gears, OpenSea remains the most trustworthy. This is because the game officially announced a partnership with the NFT marketplace in September 2022. Interested players or buyers should only use its official account.