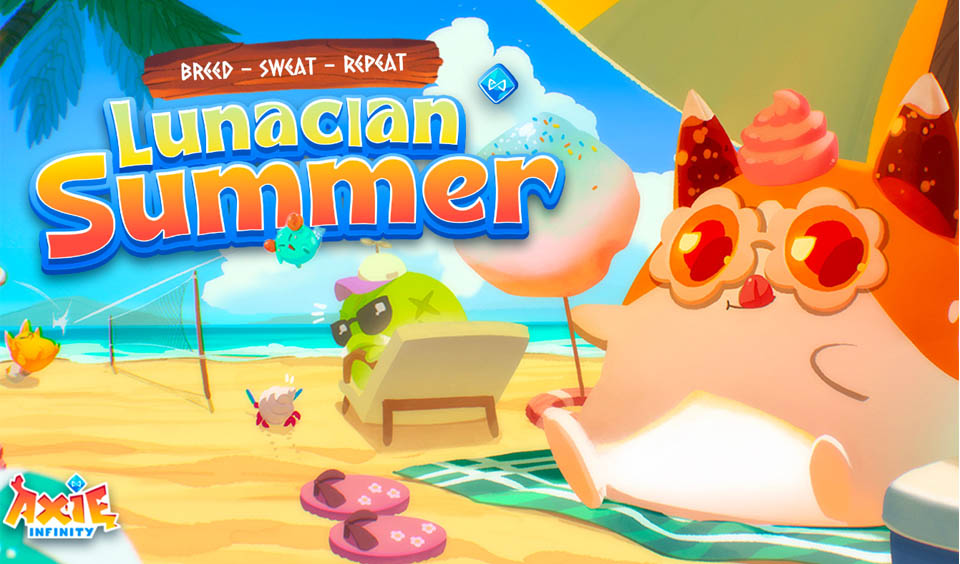 The renowned play-to-earn game metaverse, Axie Infinity, has announced the hottest breeding event, where users can breed a limited edition of summer skins.

The event will span fifty days, and in addition to breeding a wide variety of unique summer skins, users will also have access to a new twist, which the game metaverse called the Shiny Skins.

We’re delighted to unveil the hottest breeding event Lunacia has ever seen!

Starting now, a variety of special summer skins can be bred through selective, sweaty Axie breeding.

Who Can Participate in the Lunacian Summer Breeding Event?

Everyone is welcome to participate and curate special collectibles at the event. The breeding event features two new areas. The first is the breeding formulas, which require a mix of two genes.

The second is the addition of shiny parts, which will offer an extra challenge for many elite breeders within the community. For the summer body & shiny, six summer skins have to be combined for one Axie to create a special body. It should be noted that each class has its summer body color.

Also, for each summer skin you breed, there is a one percent chance that it will be shiny, and when you breed two Axie with 6/6 Summer Skins, the chance of being shiny increases to 5%. It is also of importance to know that shiny skins are not inheritable.

Why the Lucian Summer Breeding Event

Breeding events are integral to Lunacia. The earliest breeding events took place during the Holiday Seasons in 2018 and 2019. These events birthed a unique generation of collectors and breeders. Since its inception, Lunacian Summer is a special and rare chance for the community to make a significant mark on the history of Lunacian.

It is also the season for the community members to create their summer Axies. Summer Axies are rarer because the supply remains fixed and constant. As soon as the breeding event ends, the will become rarer among the percentage of the overall population of Axie.

You can breed Axie with many compatible parts in a single breeding session. Doing this will increase the probability of getting a summer part or multiple summer parts.

While shiny skins are not inheritable, summer parts are hereditary, which means Axies with summer parts can pass their traits to their children during the event. After the event, it becomes impossible to obtain the parts and the coming generation will have normal body parts instead.