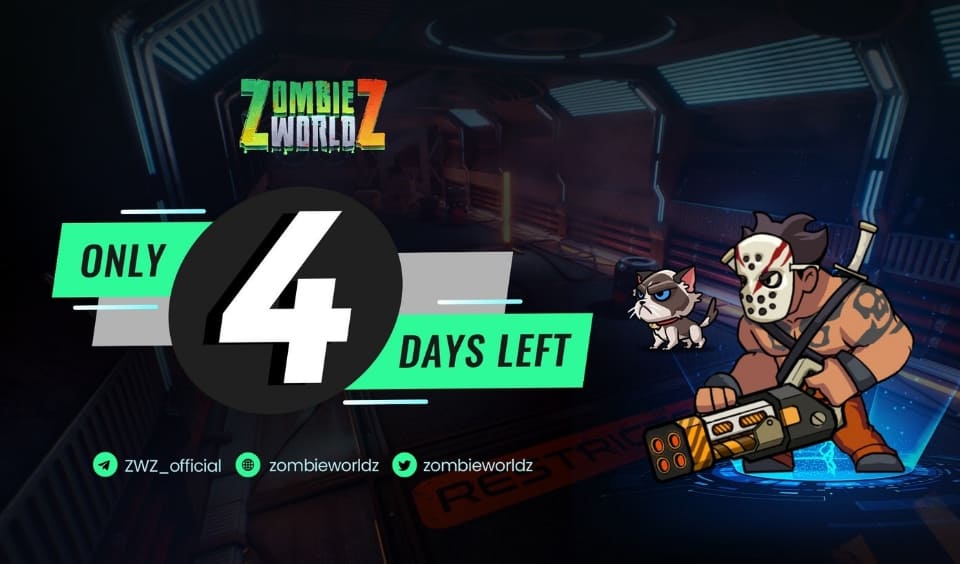 Zombie World Z will launch the official version of the game on the 15th of March 2022. This launch comes after the completing of a series of testing and collection of players’ feedback. These feedbacks will compose the major changes to the test edition.

👏 Heroes, are you guys ready! The Zombie World Z Official Game will be officially launched on March 15, 2022.

Zombie World Z (ZWZ) is an adventure and action game. It features players battling against scores of undead (zombies). Over the course of gameplay, users will collect heroes, weapons and other in-game resources. They will in turn use these power use to conquer cities and win endless battles. You can also compete with others in a ranked match.

It is an upgrade to the Zombie Idle Defence video game. As part of the upgrade, the publishers applied the blockchain features of play-to-earn. By giving players the opportunity to earn rewards, gaming becomes even more competitive. Also, the gameplay features a metaverse and mining. ZWZ is built on the Binance Smart Chain.

Over the course of playing, users will encounter or use the following features:

Character: These are heroes that players can own. They are your representative in the metaverse. These in-game characters are countless. However, you can only own a maximum of five.

Play and Earn: Own in-game items as NFT. Users can trade, craft or upgrade weapons. They can also own pets in the course of gaming.

NFTs: There are various ways to get in-game items as NFTs. Users can either purchase them from ZWZ marketplace. Or they can earn them during the course of gameplay.

Champion, Contest or Event Rounds: There will be various contests and ranking events. Anyone with the highest rank will get experience and special items as rewards.

One Player or PvM: The main course of gaming will involve a single player using his hero to battle undead. More so, you will get experience as rewards and climb up the ranks in player vs machine mode.

Multiplayer or PvP: Another game mode is the PvP aspect. Instead of taking on undeads, you will match up against other players. Similarly, the reward is experience, and you will also rise through the ranks.

Map: In the metaverse, there are lots of places for players to explore. Each one with its different enemies and difficulty level. However, you will have to get there first. The in-game Map will help you find your way around.

Top 10 NFT Games You Can Earn From