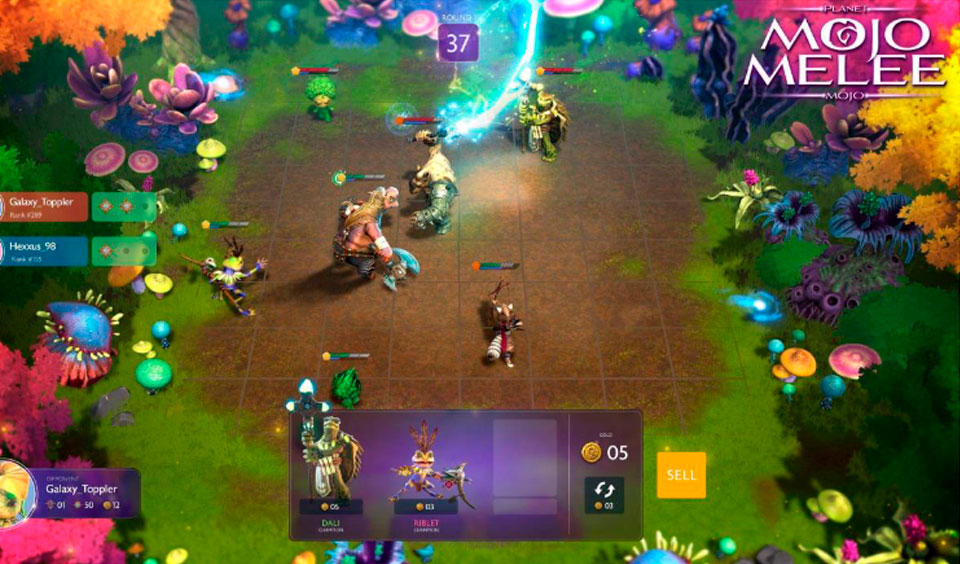 Players will battle in multiplayer pre-alpha testing of the autochess title’s PvP gameplay.

Planet Mojo, the hotly anticipated Web3 gaming metaverse developed by Mystic Moose, will kick off pre-alpha playtests for their first title, Mojo Melee. Early supporters will be able to participate in scheduled live playtests throughout the rest of August. Mojo Melee is Planet Mojo’s first game in its mythical metaverse, in which players control teams consisting of magical creatures called Mojos and a range of Champions with diverse abilities to go head-to-head in a new autochess title, a type of chess-like strategy game.

The pre-alpha playtests for Mojo Melee will be organized in an 8-player, PvP format and introduce the game’s core mechanics. Playtesters will be able to select from preconfigured teams that each include a Mojo, 4 Champions, and 2 SpellStones that enable Mojos to channel offensive or defensive magical abilities.

Two to three sessions per week will be organized for Mojo Melee’s pre-alpha playtesters pitting players head-to-head in fast-paced matches. Each session will last for 45 to 60 minutes and involve multiple matches. The pre-alpha playtesting will be conducted in Mojo Melee’s WebGL build, meaning it will only be available through web browsers, on desktops. Mobile and downloadable versions are in the works.

Planet Mojo is recruiting a cohort of playtesters from existing Mojo NFT holders. In addition, a Premint Campaign to distribute “VIP Playtest Pass” NFTs is launching today. Passholders will be able to participate in live playtest sessions in the upcoming weeks.

“We are incredibly excited to let our community be the first to playtest our pre-alpha build of Mojo Melee. The autochess genre has been gaining traction over the past three years, and we’re pushing the envelope by introducing fresh concepts in the Web3 context. As a project that is always open to hearing from our supporters, we can’t wait to receive feedback from our players so that Mojo Melee can be fine-tuned for the best possible experience,” said Mike Levine, CEO and Founder of Mystic Moose.

Planet Mojo has quickly gained traction to become one of the top followed Web3 games. A range of organic campaigns have attracted a diverse and active audience that includes 88,700+ Twitter followers and a community of 69,500+ Discord members.

Additional details about Mojo Melee’s playtests will be released on Planet Mojo’s Twitter, Discord, and Telegram.

Planet Mojo is a Web3 gaming metaverse being built by Mystic Moose. Set on a rich, mysterious alien world, players will compete using their NFT-based customized teams in a suite of player-versus-player (PvP), play-and-earn games and esports tournaments, including a debut autochess title. Visit www.planetmojo.io to find out more.