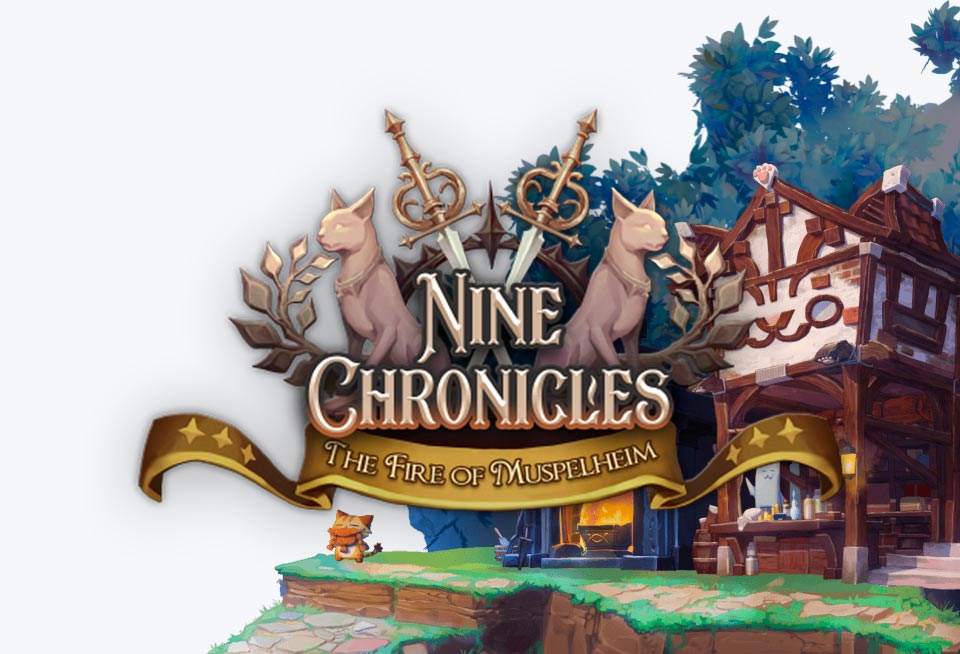 The online role-playing game Nine Chronicles is preparing for its next boost. The company with the same name recently bridged their native NCG token to the Ethereum blockchain. In addition, they received $2,6 million from an investment round led by leading blockchain gaming company Animoca Brands.

Additional liquidity is just one improvement for the Nine Chronicles ecosystem, because the team also received funding from companies like Animoca Brands, Divergence Ventures, Sfermion, and many others. Nine Chronicles wants to use that funding to grow its network and reach a broader audience.

However, Nine Chronicles has a unique proposition not seen anywhere else. The game runs completely on its own public blockchain, and the players themselves are the ones who make sure Nine Chronicles stays online. There are no centralized servers and the entire game is open-source. Yet still, thousands of players login and play this game every day. All they need to do is download the game launcher and keep it updated.

What Nine Chronicles has done so far

Nine Chronicles is an online role-playing game where players level up their character as it battles enemies and acquires new resources and items. Gamers can increase the strength of their hero by finding or creating better NFTs, ultimately becoming a world-saving hero. Nine Chronicles Gold, or NCG, is the native token of the custom blockchain, to which every gamer can participate simply by running a node. Players can earn NCG by letting their computer run a network node, or simply by playing the game and completing tasks.

More than 20,000 gamers have now played Nine Chronicles, a game running on its own custom blockchain. There are more than 10,000 NCG holders, and 2,000 full nodes power the network every day. Every gamer playing Nine Chronicles can commit to participate as a node in the network. For doing so, users will earn NCG.
Source: Nine Chronicles

Players have crafted more than half a million NFTs, and sold almost 100,000 of them on the internal marketplace. Those are impressive numbers, but all this took place on their own blockchain.
Power to the players

Users even dictate the roadmap for Nine Chronicles. Players can submit a Nine Chronicles Improvement Proposal (NCIP), which others then vote on. This gives the development process for the blockchain-powered game a very strong focus on community. Soon users can run an RPC node, which will not require them to synchronize the whole chain. Technically a Proof-of-Stake mainnet is in the works, while the game is also coming to mobile. In addition Nine Chronicles will introduce a lot more content, including a new sub currency, improved play-to-earn mechanics, new worlds, bosses and items.