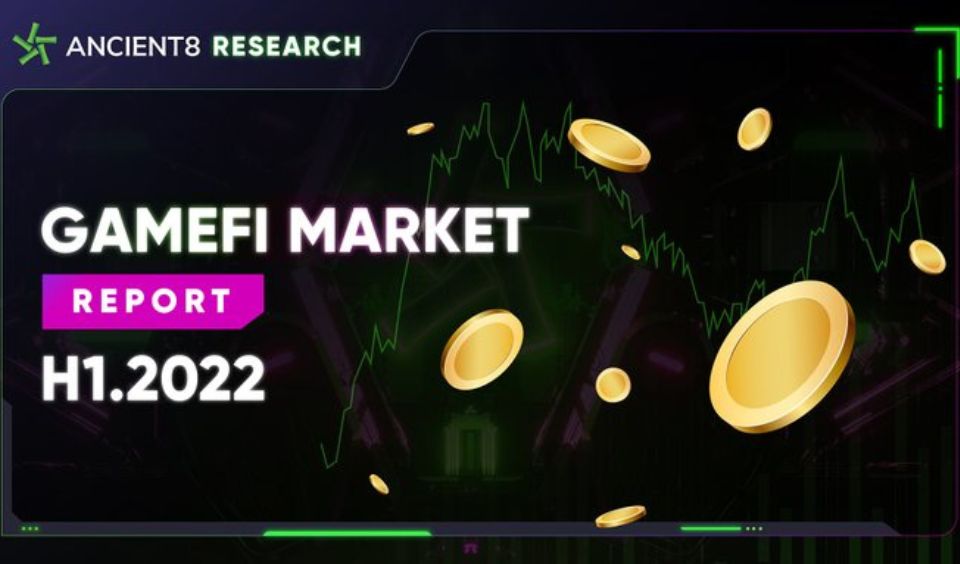 Despite the bear market, blockchain gaming continues to grow. This ranges from investment, project launch, sales, and many more. Contrary to popular belief, this niche has been widely adopted so much that it is getting into mainstream gameplay. These statements are not mere proclamations, as proven by facts from the Ancient8 GameFi market report for H1 2022.

A8 Research is thrilled to reveal our #GameFi Market Report: H1 2022, ranking the most successful games & ecosystems, trends to watch, and why the data paints a surprisingly bullish outlook for the space 👀

Before the report’s release, the Tokyo Games Show 2022 already hinted at the direction of web3 games. This event usually featured traditional games, which users did not play to earn. However, this year’s edition took a significant twist with projects like Phantom Galaxies and Outland Odyssey making appearances in Japan.

Although the Ancient8 GameFi Market Report H1 2022 emphasizes the benefits of web3 gaming, it also focuses on other aspects of blockchain. By making this comparison, this document will correctly detail the performance of this niche. More importantly, this study becomes more valid in a testing period like the bear market of recent times.

The report shows that investors have contributed no less than $2.5 billion to the industry in the first half of 2022. This is a significant increase from last year when total investment amounted to $874 million. Most of these contributions came recently, with the projects receiving combined financial support of $300 in June alone. Although other capitalists account for this sum, Animoca Brands remains an important player.

Metaverse and Gaming projects now account for 48% of the total funding of all web3-based niches. This includes blockchain tooling, crypto lending, trading, and exchange projects. These financial backings have been channeled towards acquiring, licensing, and advancing the open metaverses. It is also important to note that most of these are seed-stage investments. This implies that GameFi is still at its nascent stages and will undoubtedly grow bigger.

The surprise in this research comes from the popularity of games. Alien Worlds with581,720 30-day active addresses somehow trumped Axie Infinity (519,220) for the top spot. The following projects make up the rest of the list:

Despite this data, there is no proof that these are the top-playing options. The reason is that most gaming occurs off-chain, only transactions occur on-chain.