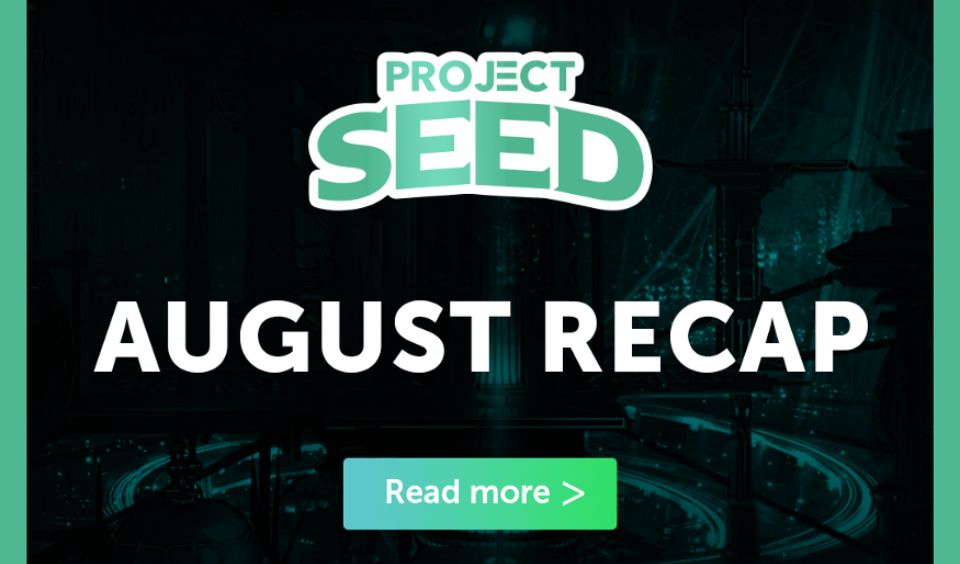 Following an eventful month, Project SEED is issuing an August recap. This update is a detailed yet brief summary of all its achievements within the last 30 days. This ranges from news about its underlying utility token to the team’s appearance in several events. Speaking of such, one of the ecosystem’s projects will be at the Tokyo Games Show 2022.

We have wrapped up what’s going on during the month 📈to keep everyone updated on how much this project has improved ❤️and acknowledged!🔝

One of the major updates from the Project SEED August recap is the amount of progress that Outland Odyssey has made. Last month, there were numerous upgrades to polish the game. Similar to June and July, the developers also launched a bug bounty and received loads of entries. This feedback was used to improve the user experience further. The Hunter’s Hub allows gamers to decide whether to roam and find a quest or craft weapons, armoury or other NFTs.

An excellent example of these modifications is the update v4.0 which completely changed the project’s outlook. Furthermore, Outland Odyssey tested the Zed companion on numerous occasions. The feature is now more advanced, so players enjoy the advantage of a Zed’s friendship. This character in your company comes in handy when hunting or fighting monsters. However, users can only get this in-game character from map 2 onwards.

Besides improving several attributes within the gameplay, the team also ensures that players enjoy the view. The camera angles now slant in the right areas to make this virtual world feel more alive. They are enhancing Zed’s animation and line of attacks. Furthermore, Lenora’s skills are way better than in the past. With these changes, battles are now “flashier”, terrifically immersive and emphasize more detail. Also, the wild Moloch is now more ferocious and will be very difficult to overcome.

Besides gameplay advancement, Project SEED is also highlighted in the August recap. On the 10th of last month, $SHILL was announced as a legal cryptocurrency. This is in line with the Regulation of Trades in Commodities Future Supervision number 11. More so, the underlying token was mentioned as the 10 representative tokens out of 383.

Besides its coin, the team also achieved several milestones in August. For one, it attended the Futurist conference as a gold sponsor between the 9th and 10th of August. The game was represented by its lead designer, who presented a speech at the event. In addition, Outland Odyssey will be at the Tokyo Games Show 2022. Also, Project SEED was chosen by Blockchain Game Alliance as the representative game and featured in a presentation.