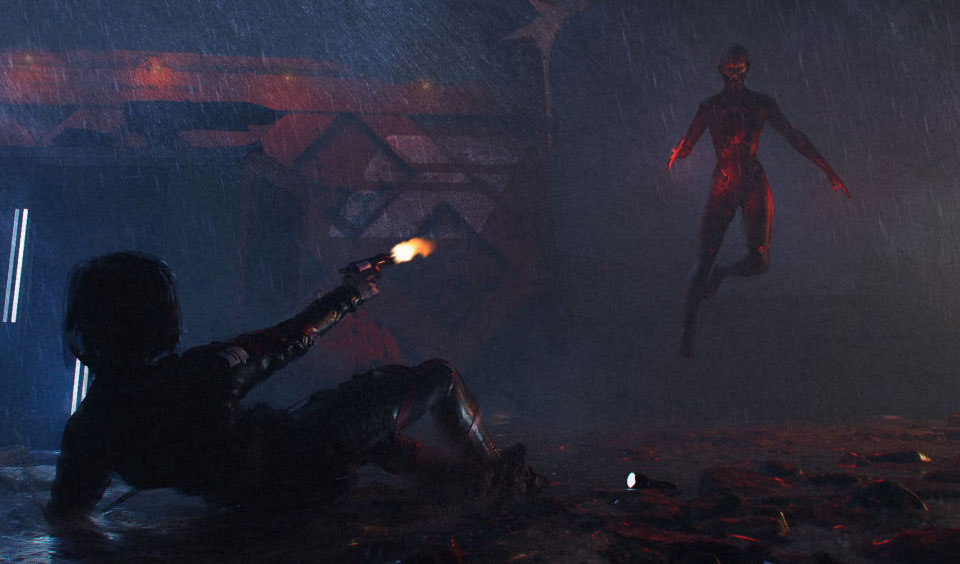 Sidus Heroes is a blockchain game with NFT concepts that is categorized as a massively multiplayer online role-playing game or MMORPG. It’s a play-to-earn with numerous financial incentives for users next to adventure and in-game journeys. There are numerous 3D concepts in the game in the form of fantasy worlds that remind users of famous video games.

The fundamental concept of the game is about technology and transformations that happen because of it. The in-game world is an example of a technological revolution where every concept and character is unified with technology. You can feel technology and its impacts on all parts of the game. Battle and effort for survival in a completely new world is the main task and challenge in this world.

What is Sidus Heroes?

Sidus Heroes is a play-to-earn game with the MMORPG concept that puts it among the most famous games. It uses cryptocurrency and NFT as the fundamental concert, and you can feel these concepts very closely in the game, too. In fact, the world of the game is based on cryptocurrency and blockchain philosophy.

A technological transformation has happened in the world of Sirus. In fact, every living character and every component of the world are unified with technology. Tech-race is the keyword in this game that incentivizes characters for interactions and, mostly, battles. Every character has specifications and an outlook on life that is predetermined by the tech race. Creatures in this world are always fighting for progress and finding more power.

As a result of the design concept in this game, its world is a war-torn universe. You see the results of wars and battles in every part of the world. There is lots of chaos and endless battles in this world.

Every player can build a spaceship in Sidus Heroes and go for adventure. The adventures happen in many galaxies and result in numerous journeys between planets and different worlds for the player. You should find opportunities and valuable assets in this world, just like how pirates look for valuable assets in the sea.

Players can unite with each other and create legions in this game. Every hero has a unique background and specs that shape its abilities to fight and discover.

As mentioned above, NFT is the main concept of creation and earning in Sidus Heroes. Every in-game item can be traded in a bazaar. Fighters, artifacts, and many more items can be traded in this bazaar.

Sidus Heroes claims to offer attractive gameplay and elements that are interesting for every type of player. The process is designed somehow that you can enjoy it whether you like individual or team play for exploration and battles. There are various strategies available for users, from action and RPG modes to arcade and strategy. As a result, the team behind the game can expand the metaverse very easily and fast.

The site of battles in Sidus Heroes is called the Arena. Teams containing three players battle with each other here. Every player can bring a pet, too. So, there can be three players with three pets at maximum in every team. In this place, character leveling, purchasing components, and enhancing characters take place. It can be considered the most attractive event in the universe. The most valuable resources and assets of the game are distributed and rewarded in the arena battles.

As the name implies, heroes are the main characters and economic agents of the Sidus Heroes game. They join teams, go for missions in different galaxies, and enter the battlefield in the Arena. The heroes have different races and are from different blockchain planets.

Heroes are different from each other regarding various elements. Each of them has unique characteristics, statistics, and roles. Their ammunition, clothes, and talents are unique, too.

Heroes should be developed and improved in the gameplay. They can develop their personal talents, abilities, and characteristics. Developed characteristics help them win battles better. Players should focus on developing their heroes by choosing the best weapons, clothes, and etc. Improvements happen by acquiring new talents and skills, too.

Pets are the companions of players in battles and in the universe. Platers can adopt or acquire pets. There is no limit to acquiring pets, but only one can be taken to the battlefield. Pets are playable characters and help heroes on the battlefield. They boost the heroes, too. Like many other in0game assets, pets can be found and sold in bazaars.

The universe of the game is somehow a metaverse with all the concepts of gaming and earning. Everything happens in this universe, including battles and explorations. Every player starts the game from the central station. This station is a public place in the universe. But every other part of the universe can be an economic pretext. There are many planets, stations, and solar systems in this universe that let players travel between and complete tasks.

The Economics of Sidus Heroes

The economic model and financial incentives of a play-to-earn game have a vital role in attracting new players and encouraging them to interact with the game and with each other. It creates the opportunity to earn from playing the game. Besides, buying and selling NFTs is very crucial in this system. This is the reason Sidus Heroes has a tokenomic model and NFT concept that shape the fundamental layer of interactions and even govern the game.

There are two native tokens in the Sidus Heroes game. Each one has unique use-cases and characteristics. These tokens are SIDUS and SENATE.

SIDUS token is the main tool for paying the internal services and platform commissions. It has a deflationary system that creates a positive demand pressure. Besides, it offers incentives for keeping in-game currencies and earning yields.

This token can be used for purchasing various components in the game. Plots of land or modular parts can only be bought with the SENATE token. Another important use-case of this token is in voting and governance of the game. SENATE holders have the power to propose changes to the game and also vote for/against proposals for changes in the game.

The tokens of the game are distributed between public buyers, investors & advisors, the team, and the ecosystem. The first public presale went live in November 2021. There will be a total of 300 million SENATE tokens that 2% of which is distributed in a public sale. Considering the SIDUS token, there will be a maximum of 30 billion tokens that 2% of which are distributed in a public sale. The biggest portion of both tokens goes to the ecosystem.

As mentioned above, all of the in-game assets of Sidus Heroes are NFTs. Ships, pets, clothing, and even pirate planets are NFT in this game and can be traded. Besides, there is a collection named NFT Heroes in this game that includes 6,000 unique and generative characters. It consists of 4500 Original NFT Heroes, including Partnership Heroes, 1,000 Rare Heroes, and 500 Legendary Heroes.

The team behind Sidus Heroes game started the design and development phases in Q3 2021. It consisted of creating the team, designing the architecture, and launching the website. The main phases started in Q4 2021 with phase one.

The first phase started in Q4 2021 with the creation of the game demo. Other important actions of this phase included developing the scenario and plot of the game, releasing the DAO token, and the launch of SIDUS marketplace. This phase continues until Q2, 2022, with the launch of the version 2 game.

This phase focuses on expanding the game for more attractive experiences. Adding new galaxy sectors, star systems, and new planets are the fundamental goals of this phase. It continues until Q3 2025.

Playing an MMORPG game with blockchain and NFT concepts are interesting a lot for many players. These types of games offer unique experiences for each player with numerous features and game modes.

Sidus Heroes tries to offer a metaverse experience with its unique design and concepts while providing a play-to-earn chance for players. It can become the first choice for those players who are looking for action-adventure experiences while enjoying cryptocurrency earnings.