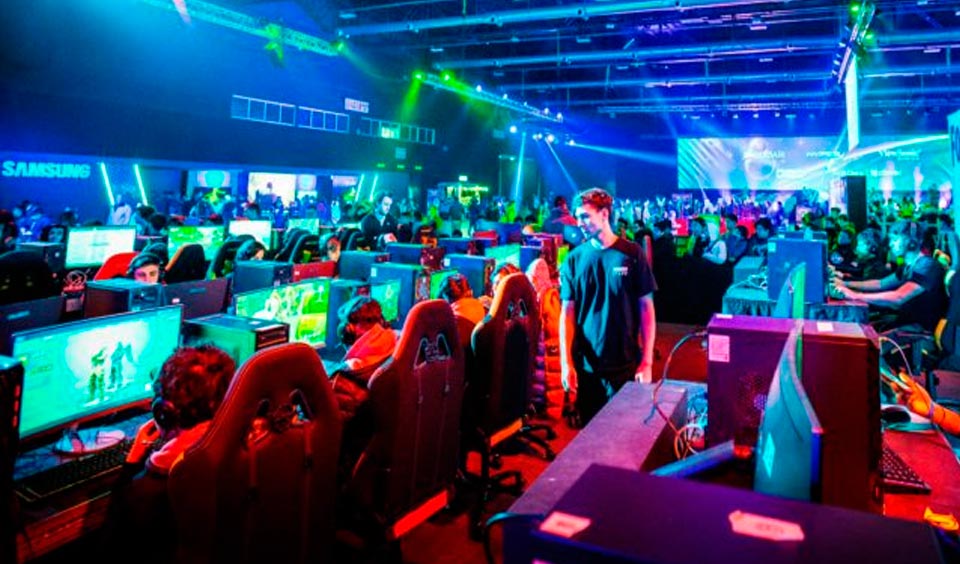 Blockchain games are interesting products of the blockchain industry with attractive incentives for gamers who can play and earn. In these kinds of games, the tokens you earn in the game have value in the real world and can be traded with other cryptocurrencies, thus fiat money—the games award gamers for spending their time and competing with each other.

There are many interesting concepts included in blockchain games and play-to-earn products. Buying and holding characters, assets, and tokens, and also creating new assets are some of the examples that result in awards and, therefore, earnings in these games. The concept pushes video games to another level and makes it possible for players to even have a living by playing games. Giving full control to gamers over their assets is the fundamental concept here that creates a delightful experience for all users.

What is play to earn?

As the name implies, in many blockchain games, you earn rewards for playing games. In simple terms, you collect crypto tokens or NFTs by playing a game. You can buy land, build assets on it and sell it in the game, for example.

The earned tokens and NFTs can be sold in the market. The formula is often the same: the more you play, the more you earn by collecting tokens and NFTs. The earnings are sometimes high enough that some players have replaced their main source of income with blockchain games.

In some blockchain games, you should buy some characters or other assets to start playing. This kind of play to earn has some initial risks but many times has considerable rewards that compensate the initial investment.

Converting earned tokens and NFTs to fiat money sometimes needs the third step. You often can’t sell a game token or NFT for fiat money straightly. You should mint your NFT in marketplaces or sell the earned tokens in exchanges (centralized or decentralized) for cryptocurrency. Then you can sell your crypto for fiat money. Anyhow, it can become a source of income for those who love video games.

What are blockchain Games?

Ethereum is amongst the top blockchains suitable for blockchain games. Because of the vast features of this network for developing dApps, many game developers have launched their blockchain games on this platform. Axie Infinity is one of the most popular ones in this ecosystem.

But other networks like Polygon are gaining traction in this sector, too. They attract new developers because of benefits like lower gas fees and scaling solutions.

Play-to-earn games (AKA P2E) are becoming very popular between crypto enthusiasts and even traditional video gamers. They offer a chance to earn real money and even become rich only by playing a game.

There are many stories about people who have sold their game NFTs and earned a fortune. Besides, the initial investment is often very low. The cost of entering a blockchain game is often near the cost of buying a video game.

Players are seeing a new method that rewards them for their time. They see a platform that is entertaining while rewarding. Investors, on the other hand, sometimes see new methods for increasing their crypto holdings. Some of these games offer staking solutions for passive investors. You just buy and stake NFTs or tokens and earn rewards for locking your assets.

The hype and fever around play-to-earn games skyrocketed with news about successful games like Decentraland, Axie Infinity, and Sandbox. But the first game in this section was CryptotKitties that somehow gave birth to the NFT fever, too.

Anyhow, these games are attracting many players and investors, especially after the Metaverse hype started and big tech companies like Facebook (now Meta) followed it.

How much money can you win with blockchain games?

As mentioned above, the news about players who earned fortunes in blockchain games resulted in considerable hype around this concept. There are many examples of those who sold their game NFTs even for million-dollar price tags.

One of the most expensive blockchain games NFTs sold in the market belongs to God’s Unchained game. The NFT is named Hyperion and is a digital card in this game. This card has only one entity and was sold for 137 ETH. at the time of sale, its value was $60,000.

As mentioned above, Axie Infinity is among the most popular blockchain games in the market. The Genesis Land Plots in this game are bought and sold regularly by players. The value of these lands increases because of many reasons. A Twitter user named Flying Falcon paid $1.5M for buying nine plots of land in this game, for example.

You can’t talk about examples of expensive blockchain game NFTs and not mention the legendary CryptoKitties. Dragon is the name of a pet in this game. A user bought this pet by paying 600 ETH that was about $1.3M at the time of the trade.

The properties in the Decentraland game sell for good money, too. One of the most expensive games NFTs sold in the market is a land in this game called the Moon Room. The buyer bought the NFT of this land by paying 1,400,000 MANA tokens that valued about $1M at the time of sale.

Play to earn games can be very attractive for those who are looking for new sources of income. Besides, those players who want more benefits from gaming may be looking for these games. A very important fact is blockchain games should be chosen very carefully, exactly like when you’re looking for a project to invest in.

As mentioned above, many blockchain games need initial payments for entering the game. Many others offer staking solutions. All of these strategies should be considered very carefully. One of the most important metrics you should consider when playing or investing in play-to-earn games is the age of the project. Younger projects with a few gamers can be risky—besides, the size of the community matters. Although many games expand their community with rewards for following or joining their social media accounts, those which have bigger communities can be trusted more.

Supporters and investors of a project are other important metrics. When big companies and ventures invest in a team, you can be somehow confident about its future and earnings. But after all, don’t forget that you’re playing a game. It always comes with winnings and losses. Don’t put all your money in play to earn games.

There are currently many blockchain games that offer earnings in numerous incentives. Below you can read more about some of them.

Axies or Axie Infinity is one of the most popular blockchain games. It works on the basis of NFTs and offers many game methods. Adventure, Arena Battle, and Breeding are the three main types of games on this platform.

Players earn AXS tokens by playing Axies that can be traded for other coins or be used in proposals and votings about the game. Big companies like Aave, Ubisoft, and Binance support this blockchain game.

Dragonary is a breeding game with a dragon theme. It’s a little like the legendary Crypto Kitties. You own dragons that should be bred and grown. Each dragon is unique and can be traded or sold for cryptocurrencies.

There are some daily quests and missions that reward players with CYT. A Coinary account is needed to play this game. The CYT token can be traded on BSC swaps like PancakeSwap, ApeSwap, and BabySwap.

Synergy of Serra is a play-to-earn game with an alien theme. Players enter a world full of aliens and fantasy creatures that battle with each other using game cards. You can win rewards in this game based on your skill to choose the characters and battle.

There are six factions of biological and mechanical creatures in this game that all try to defend the planet Serra from alien threats. There are many collectibles and items in this game that make it an attractive choice for players. Some big entities like Steam, OpenSea, and Polygon have partnered with this game.

Gods Unchained is a trading card game with attractive rewards for players. It gives some free cards to new players. They can fight with their cards or trade them with others. Collecting and trading cards are a source of income in this game.

Full ownership over cards and assets in the game and the ability to trade and earn money from them is the biggest benefit of Gods Unchained for players. Some of the cards of this game were sold for considerable prices in the market.

Blockchain games are revolutionizing the video game industry. They offer entertainment next to the chance of earning real money. They give full control over in-game assets to players because of leveraging the blockchain and, especially, smart contract technology.

Although there are some risks while playing younger games, there are many games in this sector that offer great chances of earning while playing. Most of these games are free to start, but some of them need buying the game assets for starting. The ecosystem is evolving, and we can expect more games to join while encouraging other games to add the earning opportunity for players.