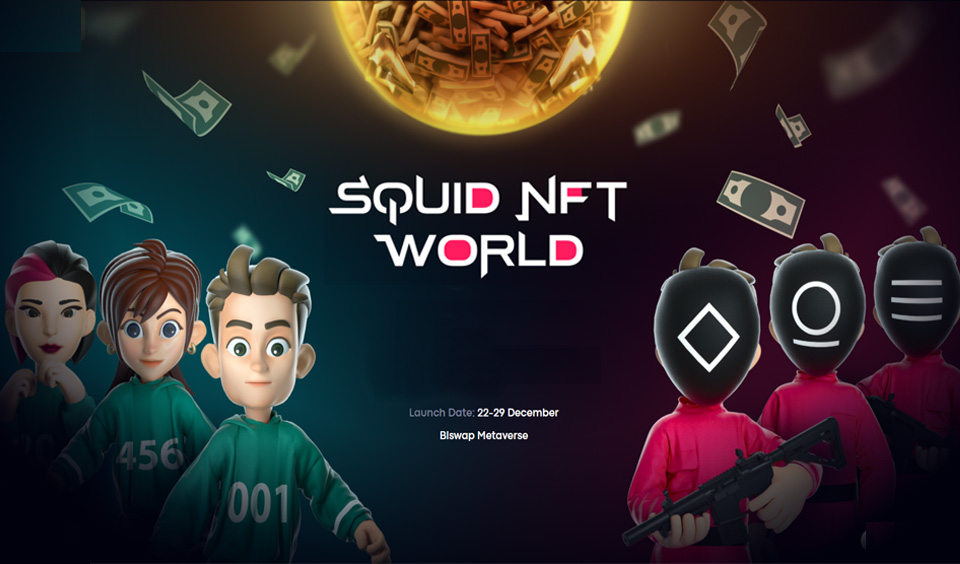 Biswap, the trusted lowest exchange fee game platform, recently announced the grand release of its novel game, Squid NFT World scheduled to be released from December 22-29, 2021 on GameFi. This is a play-to-earn game and the in-game currency for the game is $BSW.

Biswap assures players that the Squid NFT World would be one of the most entertaining and rewarding play-to-earn games on BSC. The game will offer “Biswappers” new and exciting opportunities to earn cryptocurrencies.

Squid NFT World is expected to open more horizons and lead the game platform to the Metaverse. At the launch of the game, users will have access to numerous exclusive GameFi benefits, including new utilities for BSW tokens and innovative opportunities to earn crypto.

Biswap GameFi uses NFTs for gameplay and different other purposes in the game universe. Although the gameplay of Squid NFT World is simple, it involves some actions. Users that want to participate in the Squid NFT games need to fulfill five specific requirements:

What are the BSW Tokens?

Players are required to use the BSW tokens to participate in the highly rewarding Squid NFT. Users can purchase the BSW tokens on Biswap Exchange at a fee of 0.1%. To explore the full gameplay on the game platform, users must have a minimum amount of $BSW and stake the same in the Biswap Launchpool.

NFT Buses are also an essential instrument in the Squid NFT World platform. They play a critical role and are the primary in-game elements. Users need to mint an NFT bus, which will take them to a game. The buses are designed to transport NFT players to different games.

The buses are of different levels with each having its unique capacity in carrying players to each game. A bus can carry a maximum of five players to a game. The levels of minted buses are allocated to users randomly and they range from level one to five. The price for minting each bus is consistent in BSW. Users can also trade their NFT buses in the community.