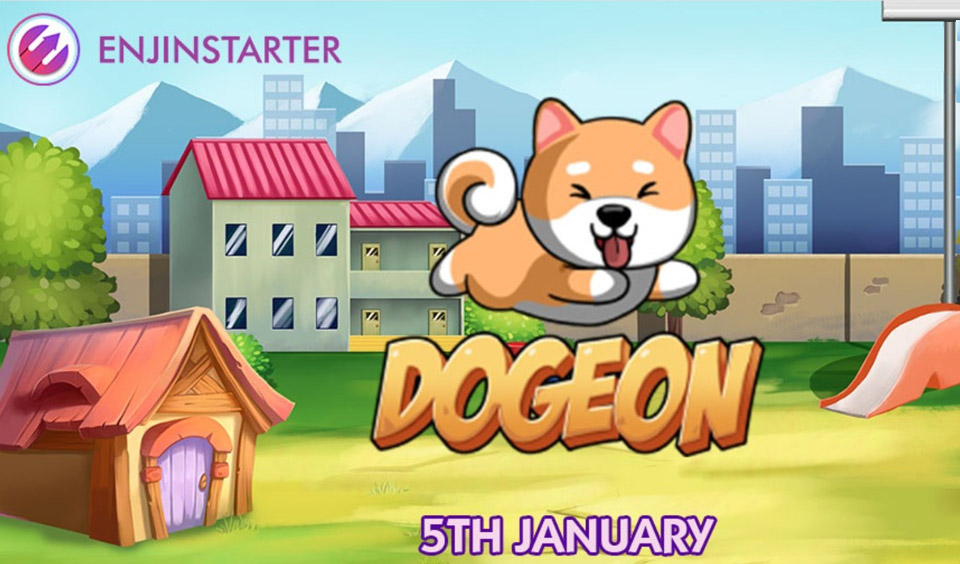 EnjinStarter, the number one blockchain gaming launchpad, has announced the launch of the 26th Dogeon IDO event on its platform. The event is scheduled to hold on January 5, 2022, and the token that will be available for sale is the $DON. Over time, thousands of Dogeons have already minted and the next event will see additional 10,000 tokens minted.

One Dogeon NFT, which is the $DON token, will be sold for 1 AVA during the event. Interested participants can mint one, five, or even ten Dogeon NFT at the event. To participate in the event, participants must install Metamask and connect their wallets in preparation for the IDO event.

Dogeon is a play-to-earn NFT-based Dog Breeding & Racing game that is built on Avalanche. The upcoming IDO expects to raise a total of 100,000 BUSD at a token price of 0.03000 BUSD. Individuals participating in the IDO must first register at the EnjinStarter platform and complete the KYC process.

Additionally, participants must have a MetaMask wallet and connect the same to the EnjinStarter IDO launchpad before the event. More details about the Dogeon IDO event will be made available on the official social media platforms of both EnjinStarter and Dogeon.

Overview of the Game

Dogeon is a dog-racing play-to-earn game that is built on Avalanche Network. The game platform offers great gameplay with many opportunities to earn great rewards. Different NFTs are available to players in this game. They are Doggies, Dog Cards, Lands, and Equipment.

Doggies are the most important NFTs in the game because the dogs are valuable assets that can help players to win. Players can purchase a dog y purchasing it from the marketplace or by combining dog cards to exchange for it.

Dog Cards come in two genders – male and female. They also have varying breeds and rarities, which determine the feasibility of their combinations in purchasing Doggies from the marketplace.

Lands are the most valuable NFT within the Dogeon game metaverse. It is the place where the dogs live, race, and play. It is also where the dogs are trained. Players can purchase Stables directly from the marketplace.

The equipment contains the accessories that your dogs need for beautification.