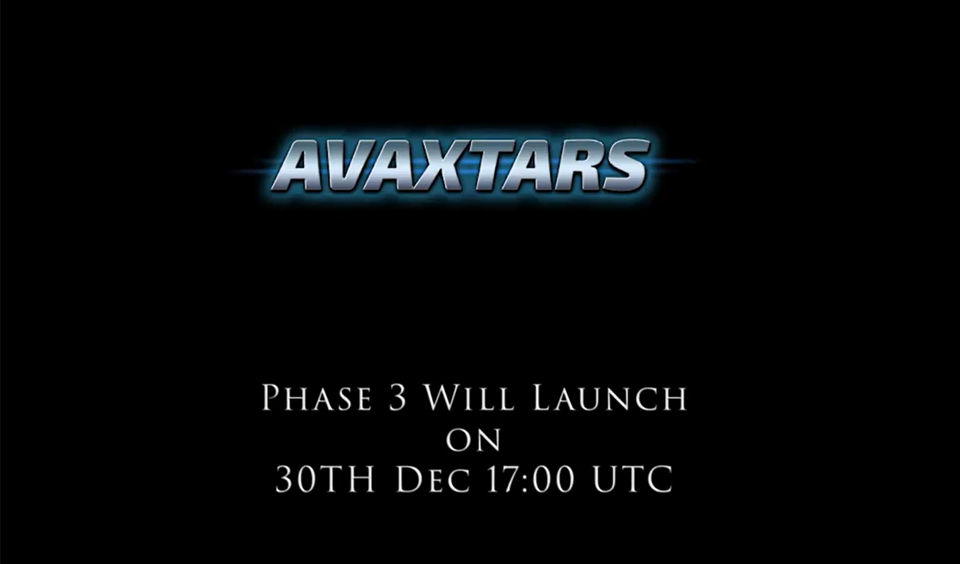 Avaxtars, a new generation play-to-earn NFT-based game platform, has announced the launch of phase three of its I.Blockchain War. The launch will take place on December 30, 2021, at 17:00 UTC and players will be able to access the game immediately after the launch.

The currencies that would be accepted during the game event are $AVXT, $DGC, and $ENXT. These are the three different tokens used in the Avaxtars metaverse. One $AVXT is sold at $19.93 and one $DGC is sold at $0.0634 while one $ENXT is available at $0.0711.

Ready to Earn while Playing?
We are READY!
Less than 24 hours to I. Blockchain War!
Phase 3 will be launched on 30 Dec, 17:00 UTC.#Metaverse #BlockchainGaming #playtoearn #nft #avalanche #AVAX #MultiChain #GameFi pic.twitter.com/IXROsGQBM3

Suffice to mention that all game assets within Avaxtars are ERC-721 NFTs. The $AVXT is the main token used in the Avaxtars’ metaverse.

How to Buy the $AVXT Token

They are available for sale at MEXC, TraderJoe, YetSwap, and Pangolin. The currency required for the transaction is $USDT, $AVXT, and $YTS. It is also possible to swap your $AVXT with $AVAX on the Markr.io platform. You need to first install Metamask on your browser and add Avalanche Network to get started.

Highlights of the I.Blockchain War Phase 3

The I.Blockchain War Phase 3 is a browser-based idle game. Phase 3 requires that players have at least one Gen2 to start the mission. The game platform recommends that players participate in the quests with Characters with higher rarity or at least Rare features.

The mission takes between 12 to 48 hours and each player can only participate in four missions simultaneously. As players send their Avaxtars on the mission, they have to support them with items as this will determine the chance of success. Suffice to mention that items reduce the duration of missions.

The complete details of the I.Blockchain War phase 3 can be found on the Telegram page of the game platform.

Galaxy Fight Club to Hold its $GCOIN IDO on PolkaStarter on January 6, 2022

How Much Can You Earn Nowadays with STEPN?