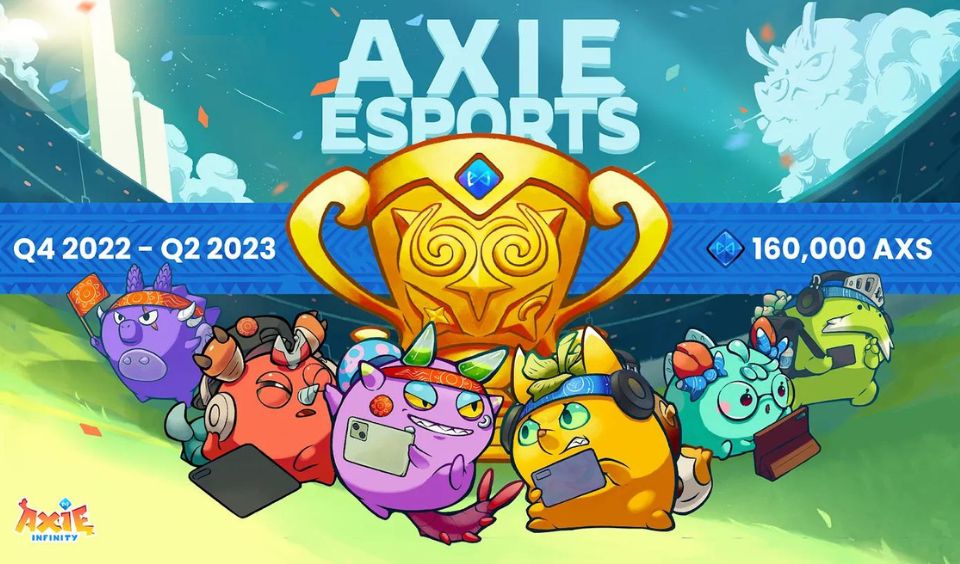 Axie Infinity has launched the eSports Grant 3 from Q4 2022 till Q2 2023. This edition will come after the conclusion of Axiecon World Championship and with 160,000 $AXS ($2 million) worth of funding. It will include three tiers to cover the following exercises: majors, minors, online leagues, invitational and regional events.

Our third Esports Grant is live with 160,000 AXS in total funding!

Axie Esports is evolving quickly and is now a crucial pillar of our movement to empower gamers with freedom and digital property rights.

While introducing this issue, the team added that they are confident about the project. This translates to increased funding this time around. They want to provide the best environment for serious users intent on competitive gameplay. With their participation, Axie can become the model that every other web3 game will want to emulate.

Like the name states, the Axie Infinity eSports Grant 3 is the third edition of gameplay support funding. Since its introduction, Sky Mavis has donated more than 13,000 $AXS to this initiative. These financial aids have provided amazing opportunities for the early participants to enjoy massive prizes for participating in various competitions.

However, the team decided to up the ante and announced at Axiecon that they will donate 160,000 $AXS ($2.1 million). These funds are allocated to the reward pool for tournaments that will hold between the final three months of 2023 and half of 2023. In addition, the amount mentioned will be mostly for winner prizes.

Besides the payoff size, the dynamic nature of the eSports Grant 3 is another difference. Instead of grouping all contests together, they will be separated into 3 different tiers. Doing this will allocate finance more effectively to organizers of different types and sizes of contests.

However, the team will only give money to organizers who have adequate credentials to match their proposals. If they do not max out the funds over the coming 9 months, it will be set aside for future grants. Nonetheless, it promises to maximize and disburse as much of the funds as it can confidently justify.

As mentioned earlier, Axie Infinity will allocate funds in the eSports grant 3 according to tiers. Below are the different categories and criteria for applications:

TRM 2 Records a Huge Success in Its Beta Test 2.0