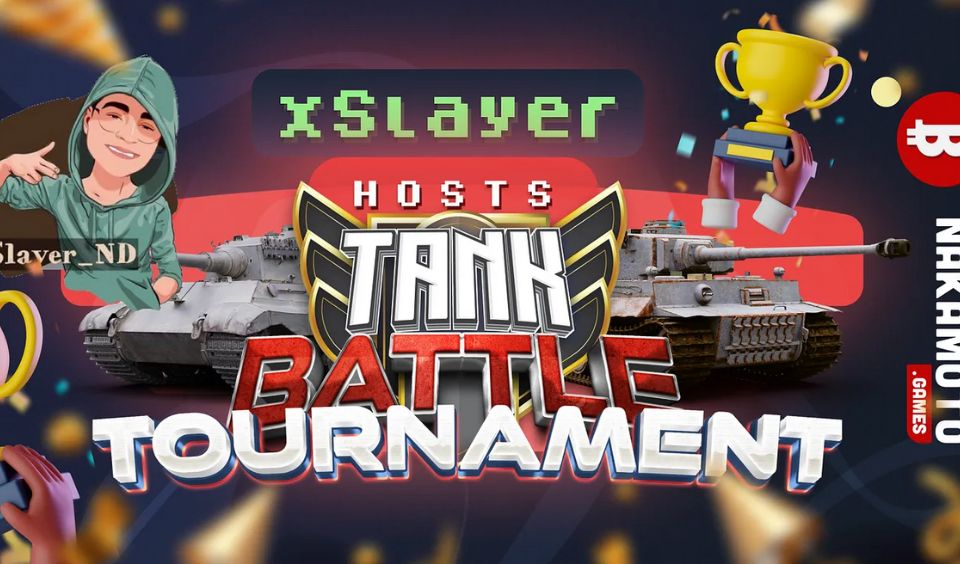 Not too long ago, Nakamoto Games launched a competition on UpOnly to introduce a new project to the community. One particular participant – xSlayer wants to replicate this experience with other users in the Naka community. He will host his edition of the Tank Battle Tournament in this regard. This announcement comes after the ecosystem launched its Decentralized Exchange.

It's one of the hottest #Play2Earn #games on our platform 🎮

This should be a cracker 🎉

Shout out to the host, streamer @xSlayer_ND 👋

xSlayer was opportune to enjoy the inaugural edition of the Tank Battle Tournament. After reaching out to Nakamoto Games and informing them of his intention, the team were excited and willing to work with him. Asides from this particular user, this shooter game is currently the favourite of many other players. Besides the unique rewards, this mode also offers fantastic gameplay. As such, it is unsurprising that more people are returning to enjoy the game.

This competition will run from 17:00 UTC till 18:30 UTC on the 28th of September. During this period, 25 players will ride their tanks in the NAKAVerse and face off with other users in a fast-paced, breathtaking environment. Similar to the first version, this edition will also take place on UpOnly.

As shown above, limited slots are available, and the contest will be on a first-come-first-serve basis. In addition, the competition employs a free-to-play structure. Therefore, players do not need to pay registration fees. However, everyone will participate individually, and those caught engaging in teamwork will be automatically disqualified.

Interested users must have an account on Nakamoto Games. However, registration will be done on UpOnly. You can only connect one account per person for this contest. Winners will get the payoffs directly to the wallets linked to their accounts.

According to the announcement, a 30,000 $UPO prize pool is up for grabs. Below is a breakdown of the reward system:

Nakamoto Games has launched a new DEX that uses P2P trading for exchange. Users can now contribute and benefit from the $BUSD-$NAKA pool. This initiative will help provide on-chain liquidity for players who need to purchase cryptocurrencies for various purposes. However, it works primarily with tokens on the BEP-20 network. Nonetheless, there are efforts to incorporate stablecoins and other blockchain networks.

How to Promote Your NFT Collections