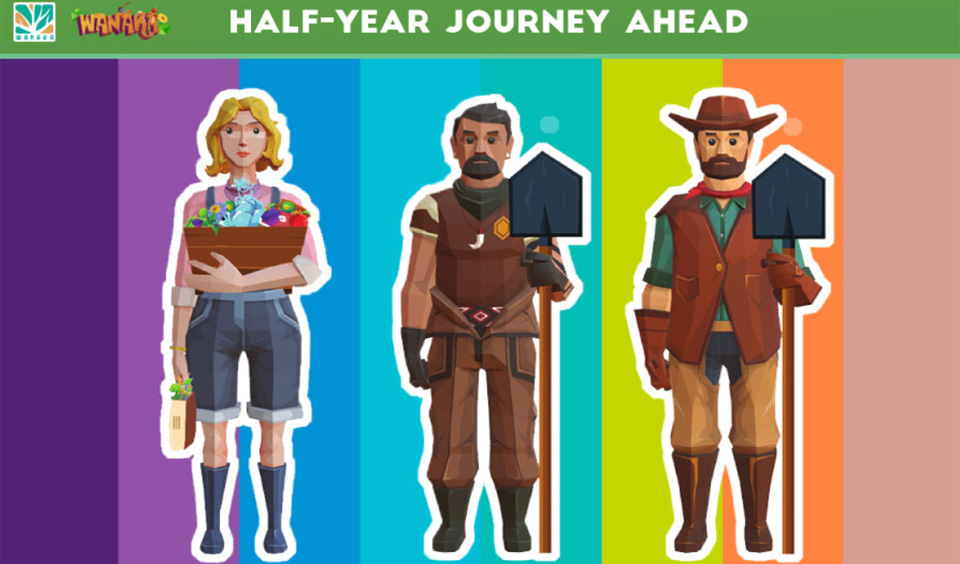 The multiplayer NFT-based play-to-earn game platform, Wanaka Farm, has revealed details of what to expect from its half-year plan. The platform has announced that it will be balancing the value of ROI between non-NFT land players and NFT Landowners in the community.

It also assures that it will protect authentic players from bot accounts as well as prioritize gamers with NFT Land.

👩‍🌾We'd like to give you all a preview about #wanakafarm in the next six months' development ahead.

👩🏻‍🌾 We always listen to and value Wanaka Farm community in the long journey ahead of us.
👉 https://t.co/TU7HfKU0ii

Highlights of the New Big Update

Wanaka Farm aims to focus on real players on its platform and not those exploiting its system for unscrupulous purposes as well as computer bots. In light of this, the game metaverse is making specific changes to its platform.

Captcha System: Players will be required to go through a simple human verification step while playing on the platform to weed bot players from genuine players.

Default Land Role: The default role of Land will roll back to its original purpose, which is to serve as a means to experience Wanaka Farm in a restricted way. That means all players must own at least one NFT land or rent land to earn $WAI tokens.

Release Land Rental System: The land rental system is a relevant replacement for default land mechanisms, which opens new ways to earn for both NFT Landowners and non-NFT landowners.

Others: Other changes considered include energy issues, quest system, new growing items, inventory, and new pet system, among others. These are currently in discussion and will be implemented when finalized.

What’s Next in the Wanaka Farm Metaverse?

For default landowners, new accounts with default will no longer have the ability to earn $WAI tokens. However, they can own or rent the land or play the game. The game platform will develop the handling mechanism and notify existing account holders on what to expect. NFT Landowners can also take advantage of numerous opportunities that will come up in the game metaverse to earn in-game assets, including $WANA tokens.

Wanaka Farm is a role-play NFT-based game platform that randomly assigns roles to players. These roles include renovating, decorating, and exchanging farm activities with other players. Gamers can buy pets or seeds to nurture on their farm and buy decorative items to beautify and expand their farms.