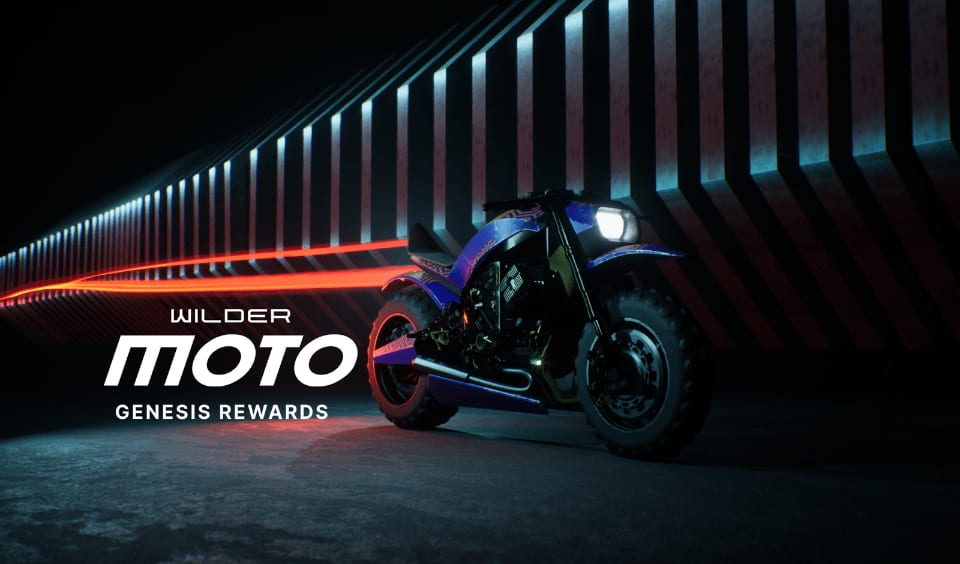 Wilder World is set to begin the most extensive earning system on web3. Members of Wiami will get the opportunity to win Moto NFT and other digital assets. To kick start the Genesis reward program, the Wilder team will be revealing the industry and platform benefits that users will enjoy by simply participating in this scheme.

Your ride in the metaverse. Procedurally generated 3D vehicles with dynamic gameplay abilities in Wilder World, including access to the PvP/P2E Wheels Racing Loop!

Being one of the first supporters of this program, Genesis NFT holders will benefit the most from this plan. Within this initiative, they will enjoy access to mintlists, claims, airdrops, and raffles for various collections. More so, these rewards cut across the entire Wilder ecosystem. Furthermore, the prizes will be rolled out in phases over the course of 2022.

Although the focus is on holders of specific assets, there are also rewards that are specific to every NFT industry. Therefore, there will be more benefits when new industries sprout up in the Wilder ecosystem. On a side note, earnings will be distributed according to how long these owners hold or held on to their non-fungible tokens. These benefits may include, but are not limited to exclusive merch, IRL events, and in-game bonuses.

Moto Pre-Launch and Other NFTs

As though the reward system is not enough, Wilder World is lightning up Wiami in more ways. One of such is the pre-launch of the Moto Genesis NFT. This update is part of the benefits program and will be specific to a platform. Owners of Wilder Wheels will receive this particular asset and it depends on the amount of wheels that they own. They will be claiming it for free, and will only have to pay the gas fee in ETH.

As part of this announcement, the game also gives insight to its Trinity Program. This is a benefits measure that focuses on Genesis NFT holders from three different industries. They include non-fungible tokens from the following:

Wiami members who own or hold at least one asset from each niche mentioned above will get platform bonuses. They include access to smaller mints. Despite the insight, the team did not give much details about this initiative. According to them, the Trinity Scheme will remain a mystery for now.

More so, they did state that NFTs from Air Wild Season 1 and 2 are not part of the arrangement. However, the aforementioned are still part of a contract with other Genesis assets. To distinguish between the three seasons, users can check out the WWMM.

A Sneak Peek into NEAR’s Outlook on Web3 Gaming

Gamium Reveals How to Participate in its Community Round