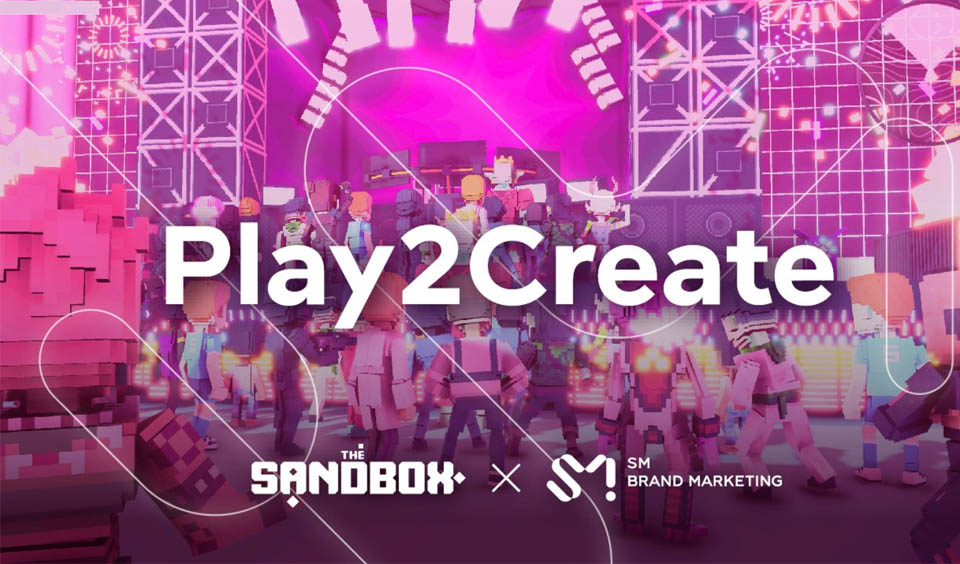 The Sandbox, a virtual gaming metaverse, announces its partnership with SM Brand Marketing to develop a new play-to-create ecosystem in the Sandbox. Suffice to mention that the play-to-create concept was invented by Soo-Man Lee, the Chief Producer on the platform.

Both parties have agreed to build a tentative dedicated theme space, which they call SMTOWN LAND. This theme space would be created in K-verse, a special area in the Sandbox for K-content. The SMTOWN LAND will function as a platform where they can hold events, such as fan meetups and concerts.

Additionally, the collaboration will lead to the formation of the Re-creator Economy, where users can create NFT items and explore multiple games based on the IP of the SM Entertainment Group.

We are partnering with SM Brand Marketing to build a Play2Create (P2C) ecosystem in The Sandbox!

Our collaboration will produce NFT goods based on their IP, bring a Play2Create (P2C) ecosystem to the #metaverse and more 🔥

Highlights of the Collaboration between The Sandbox and SM Brand Marketing

The goal of the collaboration between the Sandbox and SMBM is to plan and create NFT goods premised on their IP, developing skills and producing knowledge. The collaboration will also birth a fan-participatory service dedicated to fans of the platforms.

Additionally, it will also explore the compatibility of digital assets, such as the NFT swap between the Sandbox and SM Entertainment Group’s Play-to-Create ecosystem and platforms.

While talking about the collaboration, the COO & Co-Founder of the Sandbox, Sebastien Borget, stated that his team is very proud to be the first NFT Metaverse that SM Entertainment Group approached to collaborate with to bring SM universe and culture to life.

According to him, this will enable K-pop artists and fans to connect using User-Generated Content, Music, Single, and Dance. They will also have the chance to access immersive experiences associated with NFTs.

He went further to state that expanding on the legacy of SMBM innovation will bring more focus on K-pop culture. According to him, the group has been a leader in Asian entertainment and has been at the forefront of expanding K-pop culture across the world for the last twenty-seven years.

The CEO of SMBM, Chris Lee, mentioned that SM Entertainment Group is a company with unlimited potential to expand and grow in the digital world. According to him, the partnership with the Sandbox will bring access to numerous artists, IPs, and the SMCU in the metaverse.

SM is another of the 200 current partnerships that the Sandbox has. Others include Warner Music Group, Snoop Dogg, ZEPETO, SHIFT UP, Steve Aoki, and Cube Entertainment.