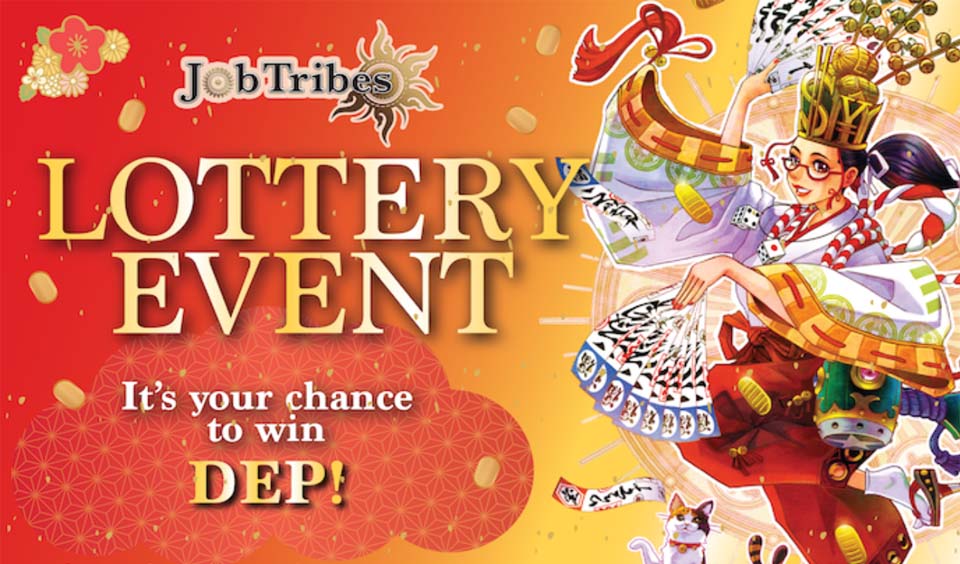 Job Tribes, the world’s first workplace role-based blockchain game platform, has announced its September Lottery Event. The event, which requires players to clear quests and collect as many Lottery Tickets as they can, will start on September 20 and ends on September 23.

Clear quests & collect as many "Lottery Tickets" as you can!

What Does the September Lottery Event Entail?

However, note you will get fewer tickets from participating in quests than you would in the Lottery Event. Job Tribes mentioned it will not add Fire and Earth amulets to the opponents’ deck.

Therefore, including Thunder and Nature amulets in your deck will give you better leverage in battles. Players with an NFT-enhanced amulet in their deck will receive more lottery tickets.

What NFT-enhanced Amulets will give more Lottery Tickets?

Highlights of the Prizes for Job Tribes September Lottery Event

There are six categories of winners. The details of the prizes for these categories are enumerated below:

Interested participants can purchase additional lottery tickets at the lottery ticket office with PALEcoin. Players with RARE NFTs or higher can leverage this to increase their winning chances. Winners will get a DEAPcheck each at the end of the event.