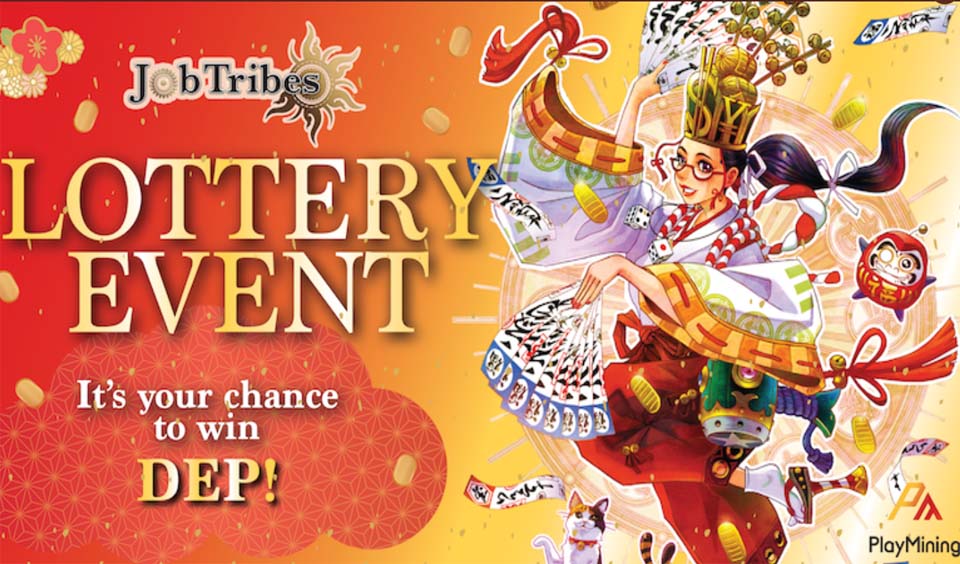 The world’s first workplace role-based blockchain game, Job Tribes, has announced its upcoming Lottery Event, scheduled to start at 14:00 on August 23 to 13:59 (UTC+8) on August 26.

To participate in the event, gamers are required to clear quests and collect as many as Lottery Tickets they can to stand a chance of winning the grand prize of 10,000 $DEP.

Clear quests & collect as many "Lottery Tickets" as you can!

What is the Job Tribes Lottery Event about?

Participants that win a battle during the Lottery Even will receive Lottery Tickets as drop items. Gamers can also get Lottery Tickets by participating in other quests, except for the NFT Quests.

Therefore, having Earth and Fire in amulets in your deck will be of great advantage for the battle. Players with an NFT-enhanced amulet in their deck will receive more lottery tickets based on the number of NFTs they hold.

Highlights of NFT-Enhanced Amulets that give more Lottery Tickets

Highlights of the Prizes for the Winners

How to Purchase the Lottery