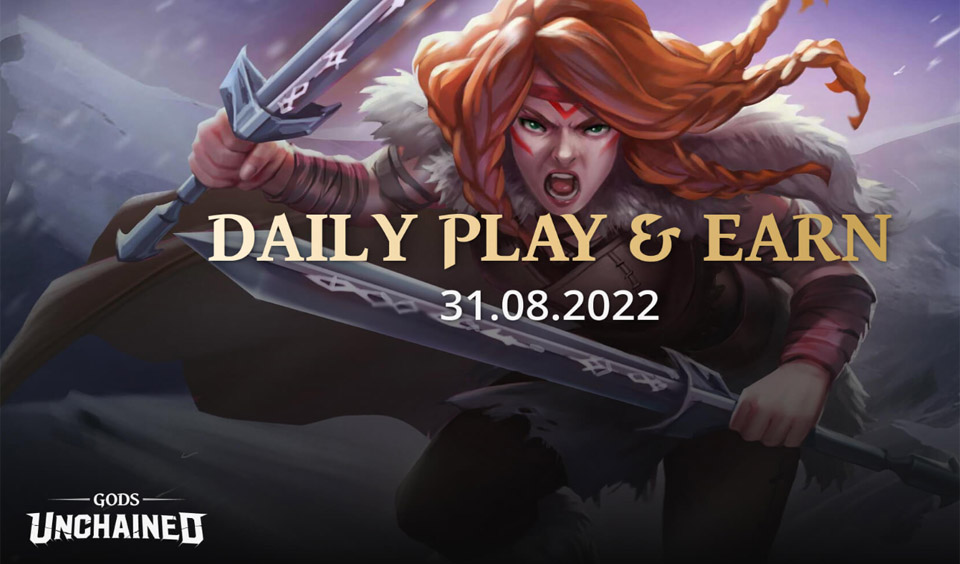 Gods Unchained, a trading card play-and-earn game by Immutable, has shared details of its upcoming Daily Play-and-Earn Feature. This feature will launch at 5 pm PDT on August 31.

Users can earn Fragments, which are points that represent the performance of players in Daily Play-and-Earn. The points are for calculating the Total Daily $GODS Rewards portion that a user can receive.

How to Earn the Fragments

Gamers can earn Fragments points from the first ten Ranked games they play in a day. You can only generate Fragments when you win. When you achieve your first 3 wins, you generate double Fragments. That means if you only win three games in a day, you will receive a big portion of the possible Fragments you can earn in a day.

Suffice to mention that the volume of Fragments a player can earn from winning a game is determined by different factors, including Rank, number of wins, and the Shine Quality of the cards used in the match.

How Fragments transform to $GODS

Players can convert Fragments to $GODS tokens, and the volume of GODS each player can earn is their Daily Fragments divided by the Daily Community Fragments multiplied by the Total Daily $GODS Rewards.

The $GODS Reward for Daily Play-and-Earn is the $GODS tokens the player will receive, and the Daily Fragments refer to the number of Fragments earned by the gamer during the day.

Daily Community Fragments refer to the total Fragments earned by all participants during the day while Total Daily $GODS Rewards refers to the total volume of potential $GODS a player can earn in the day.

How to Claim $GODS Rewards

Players can also track the time they can claim their rewards and the volume of $GODS they are eligible to receive when the feature goes live.

The volume of $GODS tokens a player can earn daily will adjust every day according to the number of gamers actively participating. It is impossible to determine the number of players that will be eligible to play per day until the end of the day.

Therefore, the platform will scale the total volume of the $GODS reward based on the alteration in the volume of eligible players over the past two days.