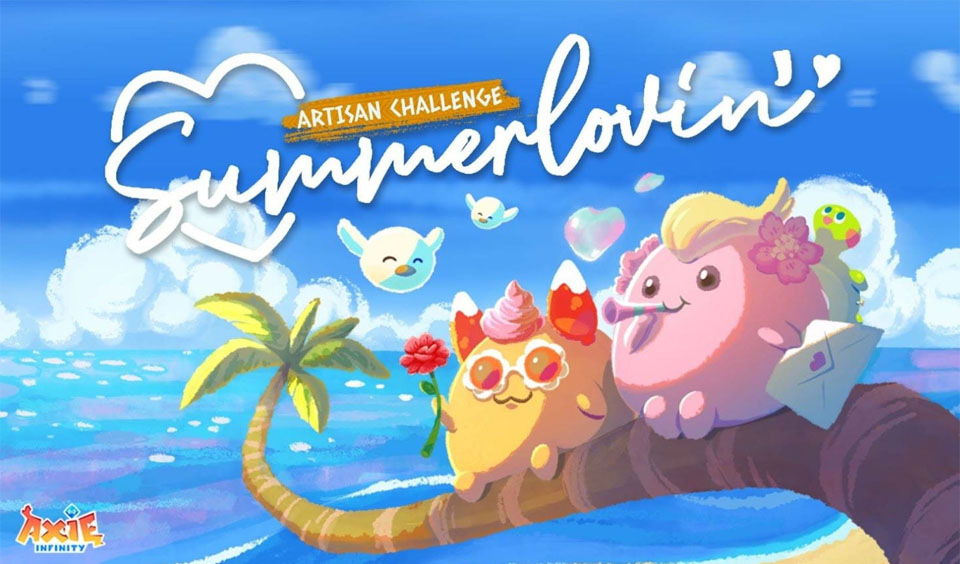 The well-known game metaverse, Axie Infinity, is set to host a summer-themed art contest to celebrate Lunacian Summer. The platform has set aside a stacked prize pool of 1500 AXS tokens, 1 Mystic, 3 Origin Axies, and Summer Axies, among others.

Community members interested in showcasing their creative skills can join the competition. The deadline for the submissions of entries is on August 21 at 9:00 pm EST.

The prize pool is stacked, consisting of:

Participants must add one of the two Axies highlighted in the competition’s banner. The banner is on the official Twitter page of the game platform. Alternatively, they can add a 6/6 Summer Axie. Individuals’ submissions can be sculptures, music, drawing, animations, paintings, or 3D printing.

After creating your art, upload it on Twitter using the hashtag #AxieSummer. After this, you have to submit your information via an application form provided for the event, which is available on the official Twitter page of Axie Infinity.

Highlights of the Prize Pool

100 participants will be rewarded in the Axie Infinity Summer-themed Art Contest. As mentioned, 1500 AXS and other rewards are earmarked for the event, and these will be shared among winning entries. Here are the details of the reward distributions among the winners.

The review and selection of the winning entries will be done by some important community members, including Lynn, Cloudwhite, Artic, QU3ST, and some key creators. To become eligible for winning, participants must agree to the game platform using their creation for physical and digital promotion and sales.