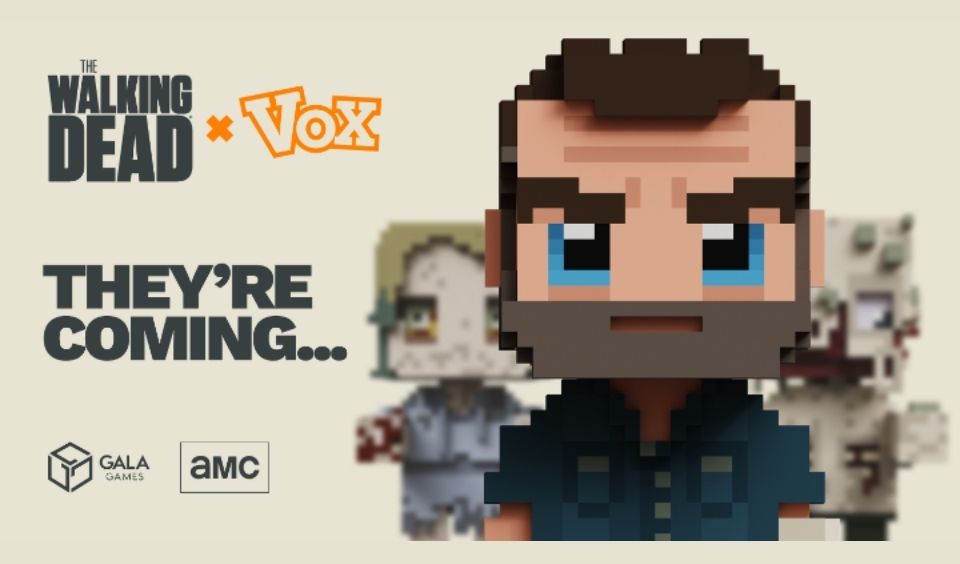 Gala Games is already moving in the direction of the next phase of it’s partnership with AMC Networks. The GameFi outfit is set to release an exclusive series of the Walking Dead VOX of Avatars. This move signifies Gala Games’ first step into the niche of Avatars that DeFi.

From @WalkingDead_AMC and #GalaGames, we are bringing you an exclusive new series of 8,888 unique VOX based on your favorite characters (and walkers) from #TWD

The Walking Dead VOX collection consists of 8,888 unique avatars. They include characters from AMC’s The Walking Dead. Come Monday the 28th of March, users will be able to purchase their favourite Walkers. Although Gala Games will announce the price later, it already mentioned that interested buyers will pay in $GALA token.

Following the sale, there will be a reveal on the 7th of April. To purchase boxes, users will have to use the Gala Games Platform. However, they will have to connect their Metamask Wallet to CollectVOX.com to redeem the NFTs they purchased. In addition, there will be a special VOXverse AMA with Will Wright and some of the VOX team on the 17th of March at 10am PST.

The TWD Gameplay and VOX Collection

A VOX is a unique and randomly generated 3D avatar existing on the Ethereum blockchain as an NFT. To ensure that each one is one of a kind, every avatar receives a different set of traits during minting. Although they are all unique, some characters are rarer than others.

For the development of this Series, Gala Games worked with the development teams at Ember Entertainment and AMC Networks. As such, they were able to build VOX into their upcoming survival MMORPG. Part of this build involves creating powerful system of in-game boosts .To boost certain gameplay stats, VOX owners will have to place their TWD VOX in specific areas within the game. Each TWD in-game character offers power-ups within the game. However, the rare ones offer even more benefits.

By using their characters in the course of gameplay, earn in-game rewards alongside building their stats. Besides the use and ownership of TWD avatars, players can also earn rewards by building shelters. Building a shelter is about ensuring the safety of your avatar. However, you can turn it from a shelter to a home. As they furnish it with various decorations, they will earn bonuses.

Furthermore, each type of furniture will provide a similar reward in bonuses. Although more luxurious decorations offer increased bonuses, they often have higher requirements. For example, you have to upgrade your flooring and rug to a higher level before you can install recreational tables.