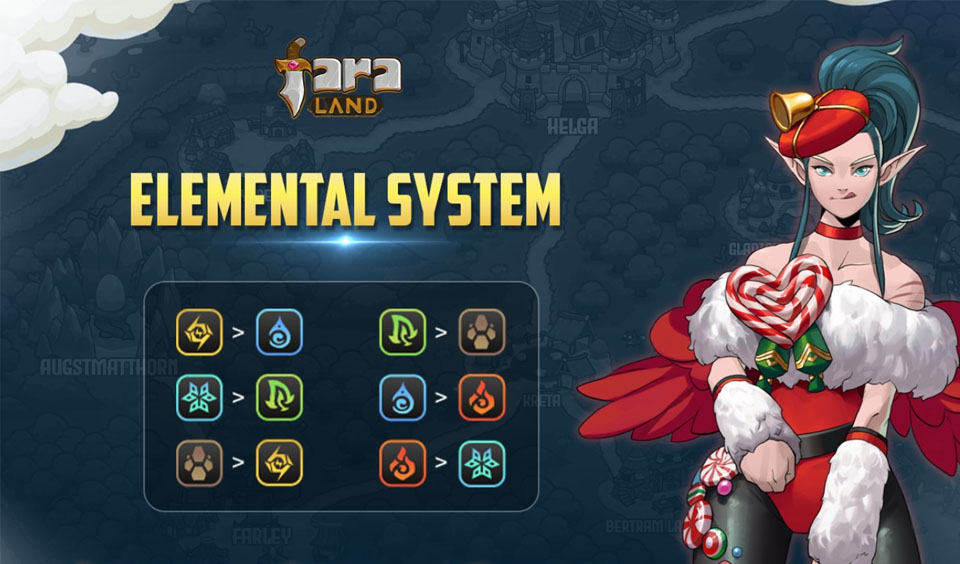 In making the gameplay of its platform more tactical, a multiplayer RPG NFT-based game metaverse, Faraland, has updated its Elemental System into both the PvP and PvE game modes.

To help players understand the mechanism of the new update, the game metaverse has released comprehensive details of what the Elemental System is and how it works.

Elemental System: What is it?

First, Faraland establishes that each monster and hero in the Faraland metaverse has its unique Element which cannot be altered. Therefore, the elemental system works in a cyclic system countering each other and making the gameplay more tactical and balanced.

The game platform emphasizes that the Normal element remains as it is and has not been affected by the system. This means if you prefer stable gameplay, you can stick with the Normal element. It is worth mentioning that the elemental cycle in Faraland flows clockwise from Fire, Ice, Grass, Rock, Thunder, and Water, respectively.

How the Elemental System Works

The element with an arrow starting from it will counter the element at the other end of the same arrow. Heroes that have countered elements will receive 20% more damage from their enemy and also deal 20% less damage to the enemy.

For instance, Fire heroes will receive 20% more damage when attacked by Water heroes. In the same way, they will also deal 20% less damage when they attack a Water hero.

Here is the formula to calculate the damage if a hero has an elemental edge:

To calculate the damage if a hero has an elemental weakness, use the following formula:

Highlights of Important Factors on the Operations of the Elemental System

It is worth noting that the Skill book types get strengthened when learned by a hero with a matching elemental system. Also, note that the periodic elements’ table applies only to monsters and Heroes and not Skill types.