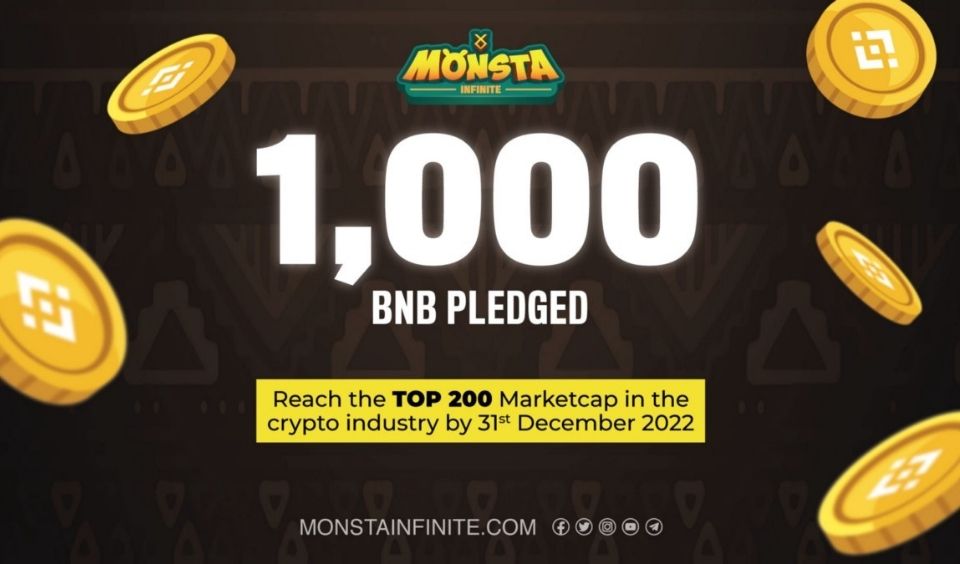 For some time now, Monsta Infinite has been making numerous progress. Like the unveiling of the Infiniteverse. Monsta also released a hatching feature and cloning guide. Monsta also released a new project – League of Ancients and the Launchpad guide. It turns out that there has been challenges despite the level of progress. This led to rumors that the CEO of Monsta Infinite Jin Tan will be resigning. To clear the air, Monsta Issues Jin Tan Resignation Address. This press release was made public via the Monsta Infinite Medium Page. Here are the details.

One of the major challenges Monsta Infinite was its platform crashing just before the sale of $MONI and $STT tokens. As a result, Monsta had to cancel the sale and postpone it indefinitely. Despite this major setback, it was able to bounce back. There were no loss of digital assets and Monsta also issued a marketplace update. It also assured its community that it was working to resolve the issues that led to the crash. Shortly after giving this update, Monsta Wallet V1.2.0 went live.

Following the release of the new wallet edition, the MONI-STT sale also went live. However, there have been recurring issues. This includes the fluctuation of MONI and STT prices. The price fluctuations were a major issue as Monsta made promises that their tokens will increase in value. This is through the bridging of a percentage of tokens and the Monsta Launchpad.

With the game facing these challenges, there talks of Jin Tan’s resignation. With this talks becoming more frequent, Monsta decided to address the issue of resignation. In a statement made by Jin Tan, the CEO stated that he will NOT be resigning from his role at Monsta Infinite.

Here is what he had to say:

“I appreciate everyone that has been loyal to the project and willing to stay with us. As long as I have your faith, we will continue to hustle and eventually reach the top of the crypto space. Just like any story of success around the world, as long as we are willing to go through the struggle and hardships side by side, eventually, success and glory will be rewarded to those that deserve it.”

Jin Tan strongly believes that the current downtrend of the Monsta Project is down to the state of the general market. Instead, he will be pledging 1,000 BNB worth of MONI from his own personal funds. He will transfer the funds into an address and make the address public. According to Jin, he will distribute this this fund to Monstas if the project does not reach the top 200 highest marketcap by the 31st of December 2022. He will make this distribution to anyone who has 1 Monsta of any kind.