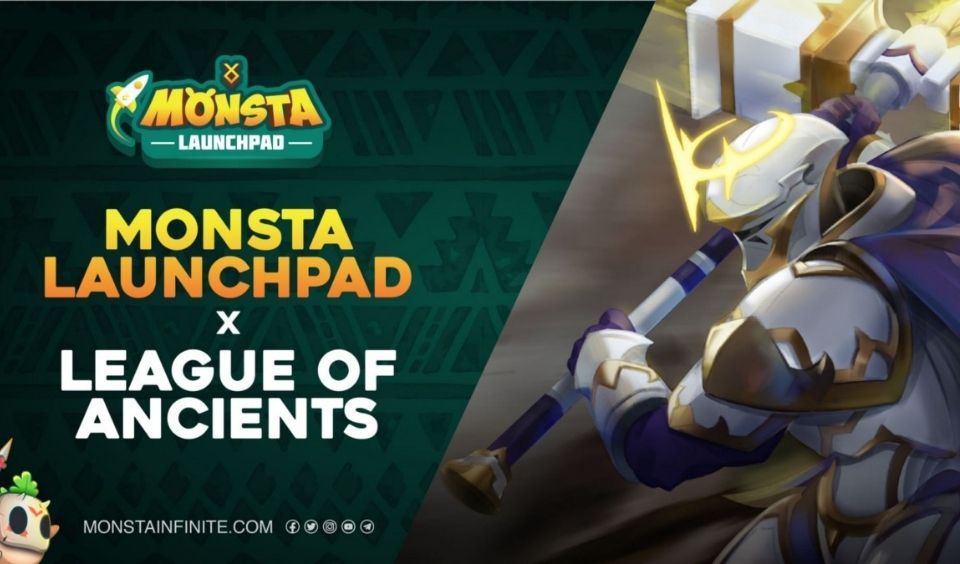 Not long ago, Monsta Infinite officially unveiled its launchpad. This was a major step towards solidifying its plans for creating its own Metaverse. The move isn’t surprising as Metaverses are fast becoming the norm of blockchain gaming.

Following the unveiling, Monsta did not waste much time. It quickly released the first project that will be debuting on the Metaverse.

Also, the blockchain gaming outfit also released a guide on how to access tokens that will be launching on the Infinite Verse. Announcement of the League of Ancients project and the Launchpad Guide were both made on their medium page. Here are details of these announcements.

As mentioned earlier, the LOA will be the first project to utilize the launchpad. It is a multiplayer online battle arena game, which is inspired by league of legends and DOTA2.. The game employs the play-to-earn feature of blockchain technology and NFTs.

Also, the native token for this game is $LOA. According to Monsta, LOA will aid the development of the Infiniteverse. It will do this by providing resources that will help other projects grow within the Monsta Verse.

To be able to $LOA tokens, users will need to stake a certain amount of MONI tokens. There will be four tiers of staking, they include the following:

Following the staking will be the sale of $LOA. To purchase League of Ancients game tokens, players will be using STT tokens. Monsta will release the price of the STT you need to purchase $LOA hy 12:00 GMT+0 on the 10th of December. However, you will have to partake in the whitelisting event. Participating in this event is the only way to be eligible for the sale. Interested buyers will also need to have a Monsta Wallet to partake in this sale.

Despite being the first project, League of Ancients will not be the only projects on the Monsta Launchpad. There will be subsequent projects that will be unveiled as Monsta runs its incubation program. This also means that there will be more tokens available for purchase on the Infiniteverse. To help users, Monsta issued a launchpad guide.

In the guide, Monsta Infinite made it clear that tokens be will sell on a first come first serve basis. All token sales will involve MONI tokens for staking and STT for whitelisting. Users will only be able to claim the LOA tokens they purchase after the sale on the launchpad website. The amount of MONI users will stake to purchase LOA tokens is fixed and cannot be changed. The participants in each sale’s tier will be limited.