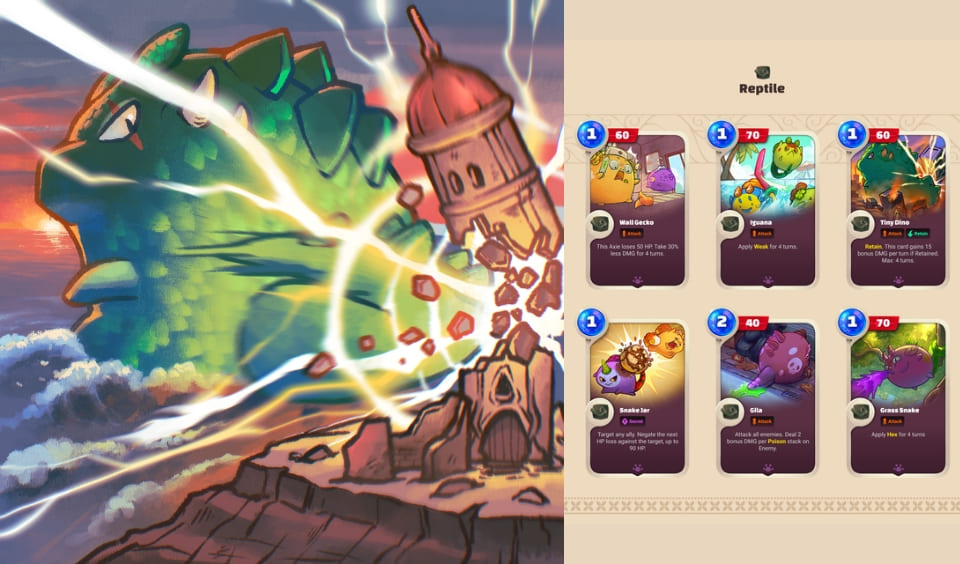 Axie Infinity is giving members of its community sneak peaks at the Origin Tail Cards. According to Axie, these are not the final version of the cards. As such, the game is advising players against making final decisions based on teasers. They are dynamic and will change according to the feedback from lunacians.

Leading up to the launch of Origin we’ll be releasing sneak peaks of the cards to the community!

Please note that cards are dynamic and will change over time.

To start, here are the tail cards!

There are Bird, Aquatic, Bug, Reptile, Beast and Plant origin tail cards. Each card has their different purposes in the course of gameplay. Below are the different cards: