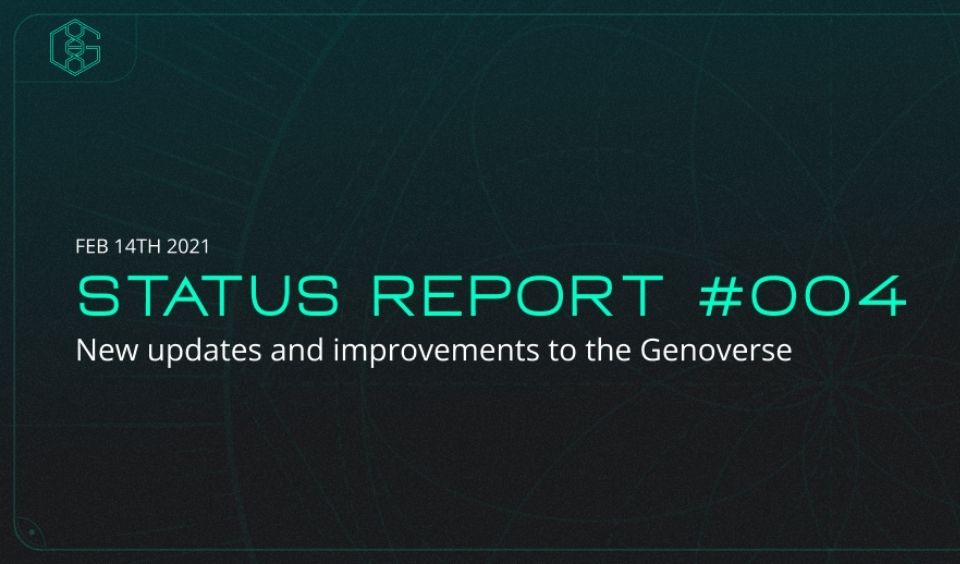 Genopets is keeping its community up to date by issuing the Genopets Status Report #004. In this report, the game unveils the project its team has been working on for some time now. It also reveals the effort it puts into game creation. This announcement was made via the Genopets Medium Page. Here are the details of this update.

Tap below to read about all the progress we’ve made🔽🔽🔽https://t.co/BSsiNRy3Nu pic.twitter.com/3vmKtX2MQS

Details of the Genopets Status Report #004

First on the Genopets Status Report #004 is the iOS beta testing. Genopets game has approval for external testing on TestFlight. Also, it is inviting another group of beta testing for the iOS version of the game. Once all is set, there will be updates for the invitation for new testers.  Speaking of gameplay, there are also significant levels of progress.

One of such is the introduction of colour animations of genopets. These animations will make your pets look very alive in the way they dance, walk, and even attack. It also had its AMA on Friday. In that AMA, it discussed plans towards private beta, genesis habitats, treasure hunt, staking, and more. Those who did not attend the AMA can listen to a recap  on discord.

Other Highlights of this Report

Besides the Genopets testing and in-game animations, there are other highlights. One of such is the baby genopets. These in-game characters are currently undergoing finishing touches. The habitats foliage and formation of various water habitats are also going through full modelling. Asides the water habitats, the structure of earth and fire habitats is almost complete.

Prepare for a whole new gameplay experience. This is because a new ambient music will be accompanying the new earth habitats. The model new design stage five variants are available in some in-process note. You will be able to see what a fishtail look like without the body. Also, users will see how the designers polish the high poly renders.

Genopets is componentizing ciphers for the treasure hunt. In addition, it will also integrate wallet connection for the treasure hunt. Soon enough, users will have the ability to change their email on the web. The QA on v0.1 of the mainframe is complete. There is also a pre-loader for the mainframe. The game is also implementing health API on IOS.

Genopets is the world’s first free-to-play, Move-to-Earn NFT game. This game makes it fun and rewarding to live an active lifestyle. Built on Solana, Genopets integrates your daily physical activity with blockchain Play-to-Earn economics so you can turn your real-life actions into expansive gameplay and earn crypto while doing it.