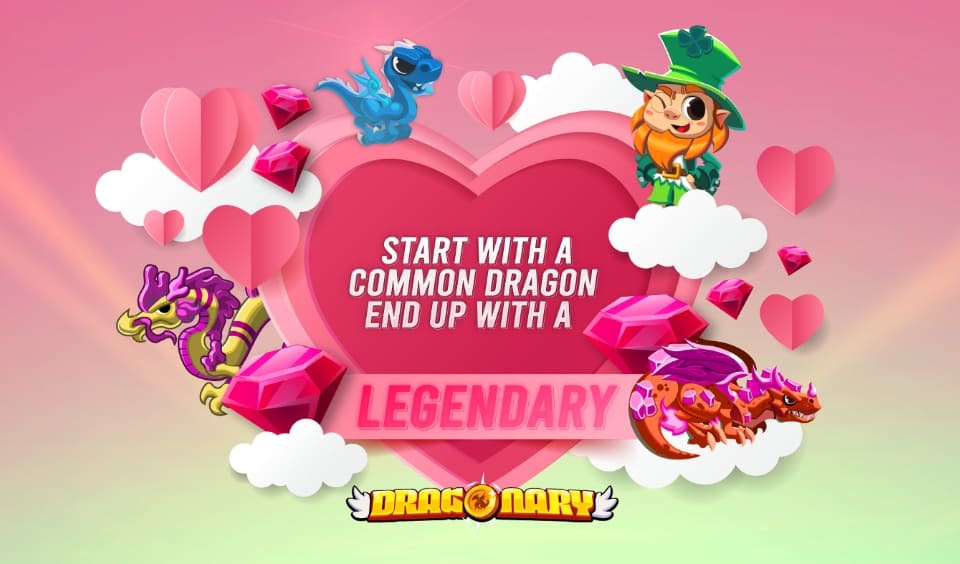 To celebrate Valentine’s Day, Dargonary is expanding the gameplay experience of players. More so, the game is reintroducing the feature that will allow the Dragonary virtual account to breed and fuse dragons. It made announcement of this news via the Coinary Blog and the official Dragonary Twitter handle. Here are the details.

The rivers run with a particular love scent, the grass looks greener and the Dragons, are expectant to this news:

Read more about this in the blog: https://t.co/IldrlyJmXu

Due to the game’s difficulty level, some players are unable to pass some Ember Missions in Dragonary. This is because their dragons need to attain certain stats to be able to make it. As a result, users do not get to enjoy the maximum gaming experience. To resolve this issue, Dragonary is introducing a free-to-play model via virtual accounts.

Going forward, there will be two accounts, Virtual and NFT accounts. Unlike NFT accounts, the Dragonary virtual account is not built on blockchain technology. Therefore, virtual players will still have full access to the game without needing money from their wallet. However, users will still enjoy the same gameplay experience. Below are some of these experiences.

The virtual dragons will have the same characteristics as NFT dragons. There will be five level of dragon rarity. Each of these levels will have their own stats. They include:

More importantly, the rarity of your account depends on your dragons’ rarity. Therefore, you will have a common account if you have 3 common, 1 rare and 1 uncommon dragon. However, every player starts with three common virtual dragons. However, they can quickly grow their dragon using the rewards they get. As mentioned earlier, they can also fuse and breed their dragons to create a new rarity of dragon.

As with regular gameplay, virtual players will also earn rewards for successfully completing missions. The rewards can be Drago, a Chest in the dungeons. Inside that chest, you can get tiaras, bracelets, rings or embers. For those who does not know, Drago is the reward coin for this virtual Dragonary account.

Speaking of “full access to gameplay”, it is not just for PVE. Players will also get the chance to battle against other players in PVP.  You will have five minutes to overcome the opposition dragons. As with PVE missions, players will also receive Drago as rewards. Dragonary welcomes all players, including those who want to play purely for fun.