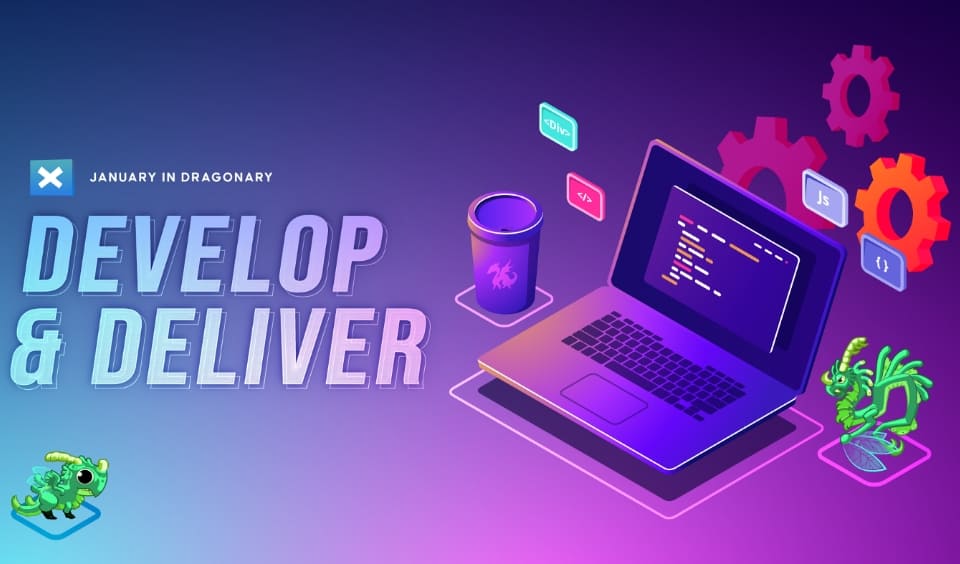 January was a very tough month for the Dragonary team. The game had to introduce several new features within a very short timeframe. As a result, their development team had to put in more work hours. To keep its community members up to date, the game is issuing the Dragonary January Report.

This report covers its achievements in January as well as its subsequent plans. Details of this official update was made public via the Dragonary Blog. Here are the details of this report.

Details of the Dragonary January Report

In January alone, Dragonary has worked effectively with community feedback. As part of this feedback, it is integrating the following integrations into Dragonary 2.4.1.:

Players can now upload selfie separately on Barracks, Cards and Battles. This process will reduce drag and improve CPU performance.

As part of this revamp, the Poison Dragons are coming to Dragonarya from Binance. This transfer meant more work for the Dragonary development team. Very soon, users will be able to tame and battle with these in-game monsters. When the game launches, there will be multiple cameras. These cameras will show multiple game angles and improve user experience.

Other Updates in the Dragonary January Report

Besides upgrades related to the Poison Dragons, there are also other in-game updates. This includes some major graphical improvements in the Dragon’s card. These adjustments cut across every panel. It also involves the refinement of the Dragon’s global list filters. In addition, there is a pagination system that will further improve user experience and user interface.

As a community based project, the gam is urging Dragonaryas to give more feedback. Their helped in fixing the following bugs:

Players can report bugs or give feedback via Dragonary’s discord server. Their developers will analyze and work on these feedbacks.

Decentraland – Cost of Land and how much can I Earn with it?