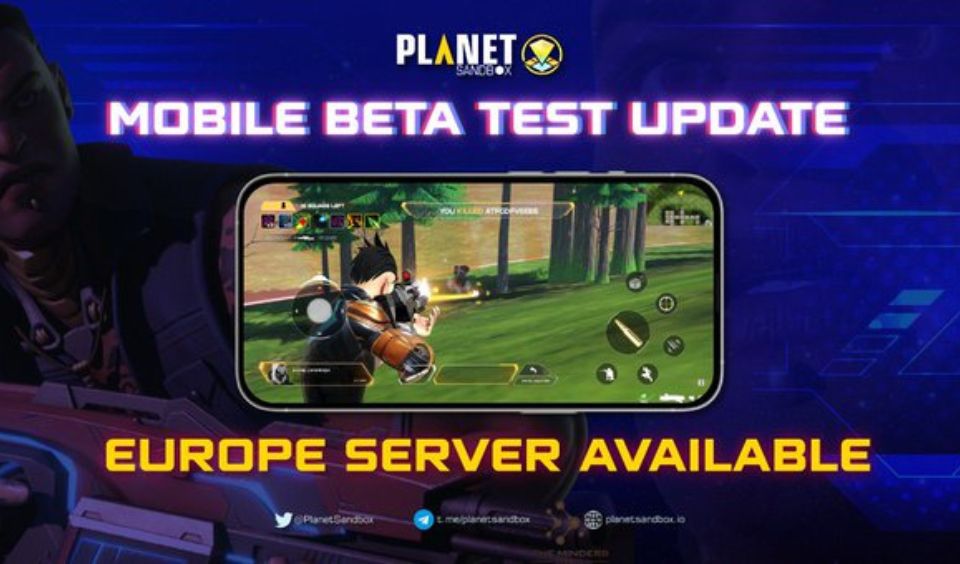 Planet Sandbox has announced the opening of its Europe server as part of its Mobile Beta Test. Following this release, more users can now join the testnet. This does not mean that only European players can use this hosting option. The idea is to reduce the traffic on other nodes.

Recall that the team launched the game’s mobile version in December 2022. While announcing the release, they stated that this option would not be available on computers. In addition, they will operate on different servers. However, the devs noticed that the existing nodes were insufficient to support immersive gaming. This led to the addition of an extra host.

The Planet Sandbox Mobile Beta Test is an initiative to introduce the game to phone users. It was released on the 29th of December 2022 and incorporates most of the lasted features in the PC edition. Although it is in the beta phase, gamers can still use their NFTs to play and earn.

Below are some of the highlights of this release:

Interested players can download the Planet Sandbox Apk and install it on their phones. Before you do that, ensure that your mobile device meets the following specifications:

While playing the game, players can drop their feedback through this channel.