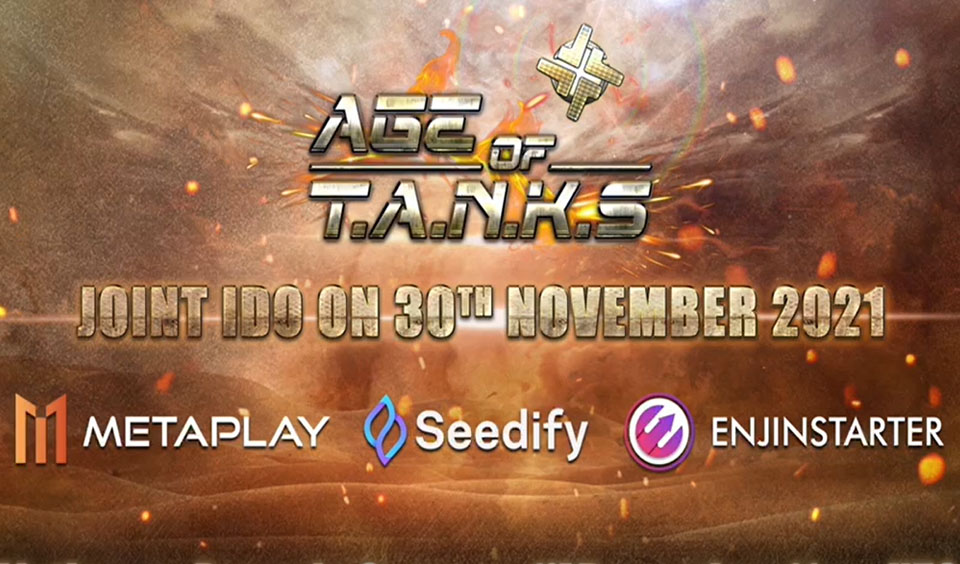 Age of Tanks, the first self-assembly 3D tanks, NFT-based, play-to-earn game is set to launch on December 1 at 11:00 UTC. There has been a lot of anticipation surrounding the launch of this game given the fact that it is the first of its kind in the world of blockchain-based play-to-earn games.

🔥🔥Counting down to Pancakeswap Listing!!!!

The native governance token to be used in the Age of Tanks ecosystem is the $A.O.T. Holders of $A.O.T will have the opportunity to claim rewards when they stake their token, achieve seasonal top ranking, play, and win PVP challenges, and participate in major governance votes.

What is the Age of Tanks Game all about?

Age of Tanks transports players into the future, somewhere in the year 23100 where the ozone layer that protects the planet is no longer in existence. It is a time when the earth is exposed to the harsh solar where storms rage in the sky with turbulent winds.

It is an age without seas and oceans and an age without flight. To survive in this age and fight for supremacy, you need the ultimate armored vehicle.

Highlights of the Age of Tanks Game

Age of Tanks is an NFT-based game. It is an immersive 3D turn-based strategy game that allows players to build and command fleets of tanks to storm battlefields in the quest to conquer the earth known as Earth Zero in the Age of Tanks Metaverse. The game begins with a free basic tank for each player.

The player is to scavenge for Brodiums, a critical raw material for constructing the supreme tanks. It is also a precious element that is fused from the Second Impact. As players accomplish tasks in the play-to-earn game, they level up and continue to build their ultimate war machine.

They have to scavenge, forge, collect, and assemble four different parts to construct the ultimate war machine. There are over 500 parts with each having different classes, skills, affinities, and special abilities. Each tank part has its strength and weakness.

Players have to assemble and mix different parts to create the perfect tanks with limitless strategic possibilities. The game is an ecosystem that is powered by blockchain technology. It offers players the opportunity to own, use, and trade their tanks wherever they like.