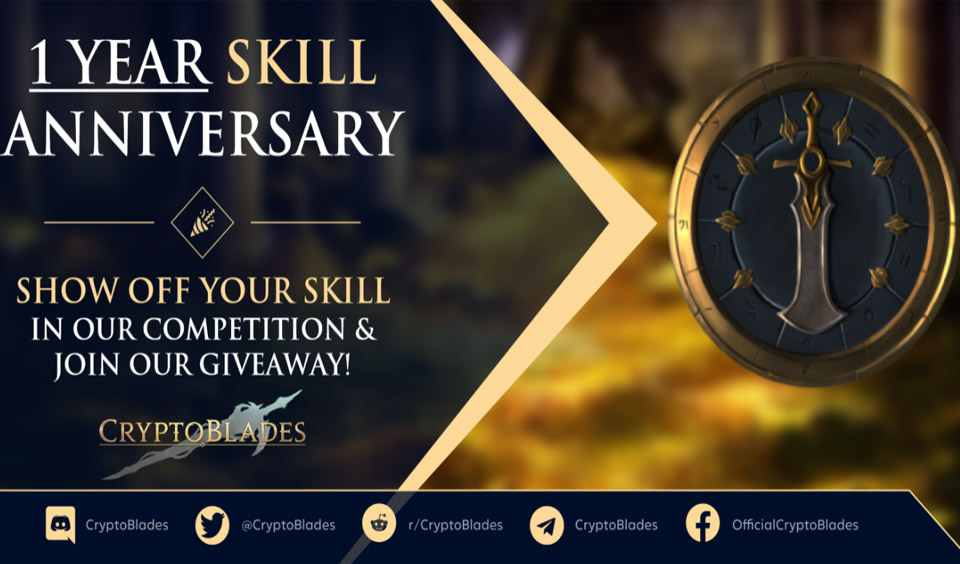 CryptoBlades, a play-to-earn NFT Blockchain-based game, has launched a contest to celebrate the first anniversary of its token, SKILL. April 11 makes it one year that the token was launched and in celebrating the anniversary, CryptoBlades is hosting a competition tagged “Show us Your Skill”.

The competition is open to everyone. To participate, you have to submit a creative video of anything with CryptoBlades as a theme. After creating the video, you can upload it on Twitter or TikTok, or both.

Next, send the content through CryptoBlades’ google document with your wallet address. You should also include #Crypto #SKILL #KING #CryptoBlades hashtags when posting.

🎉To celebrate #SKILL's 1 year anniversary, we're hosting a "Show Us Your Skill" contest alongside a Gleam giveaway!

💰Find out how to get your piece of $1500 in prizes through our article below!🚀

Highlights of the Contest Rewards

Participants in the “Show us Your Skill” contest will have an opportunity to win rewards at the end of the contest. Five winners will be selected and each will earn different rewards. Here are the highlights of the rewards for the winners.

As part of the celebration, the game platform has also announced a Gleam Giveaway. This is also open to the public and ten winners will be selected. Each winner will receive $50. The Gleam Giveaway is ongoing and will end by April 15. The video contest will also end on April 17.

CryptoBlades has also released a video update of Kroge on YouTube where he talks about the journey of the game platform. He also reveals the plans for the game and the $SKILL token. Other updates have also taken place on the game platform.

One of such is the CryptoBlades merchandise shop. Gamers can explore new and fashionable gear with stunning apparel. To purchase anything from the shop, you would need to first connect your Metamask or any other accepted wallet on the platform.

Highlights of the CryptoBlades Journey So Far

One year ago, the $SKILL token was created and launched for the public on BNB. The token was launched by Seedify, a renowned company. Seven weeks after the launch of the token, the CryptoBlades game was launched.

Since its inception, the game platform has grown in terms of players, Discord members, and more. Since it opened its gaming metaverse, CryptoBlades has paid its players over $1 million and more than 7.1 million NFTs have been created.