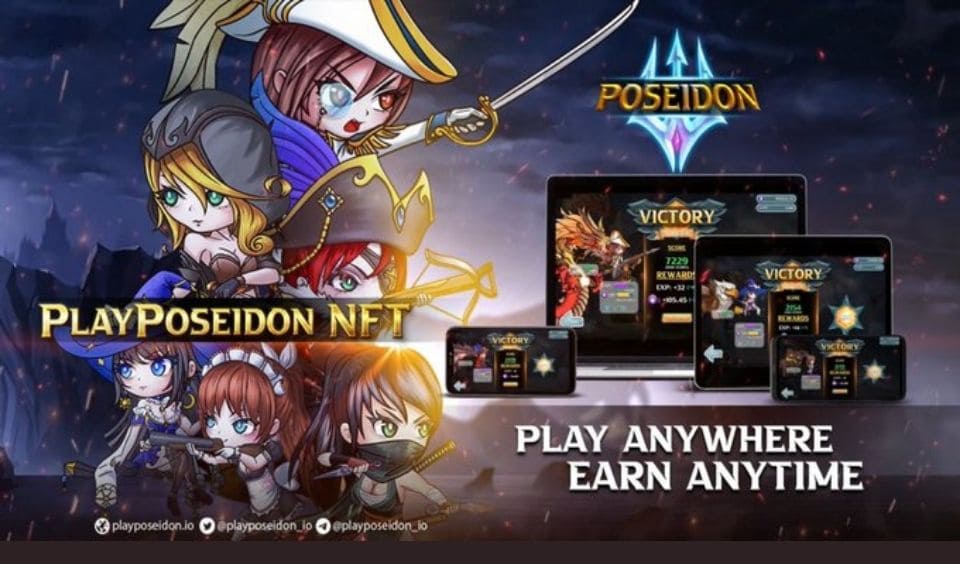 PlayPoseidon NFT gives sneak peeks at the mobile version of its shooter-defence NFT P2E game. This update comes after the deployment of the PlayPoseidon NFT Main-net. As part of the build-up to the prelaunch, there will be a testing event. There will also be a series of post launch events.

To participate in this testnet, players can download the android mobile version of the game. Users who do not use an android device can also play the web version of the game. Considering that these are test editions, the tokens players earn do not have any real value. In addition, these tokens are not the same as those on the BSC network.

The PlayPoseidon NFT game will go live on the 18th of April 2022. Users who participated in the testing event will have to uninstall that app and download the final game when it is launched to begin playing. Following the launch of the PlayPoseidon NFT Mobile app, there will be a series of post launch events.

From the 18th to the 25th of April, users will enjoy the following

From the 18th of April to the 8th of May, there will be the following changes to the Top Hero EXP Leaderboard Event:

Note: All rewards for this event are in-game PPP hence, are subject to player Income Tax.

From the 18th of April to the 17th of June, users who participated in the IDO will be able to mint NFT Hero at a discount.

The discount will be according to the amount of tokens bought during the IDO, below is a breakdown of the rates: