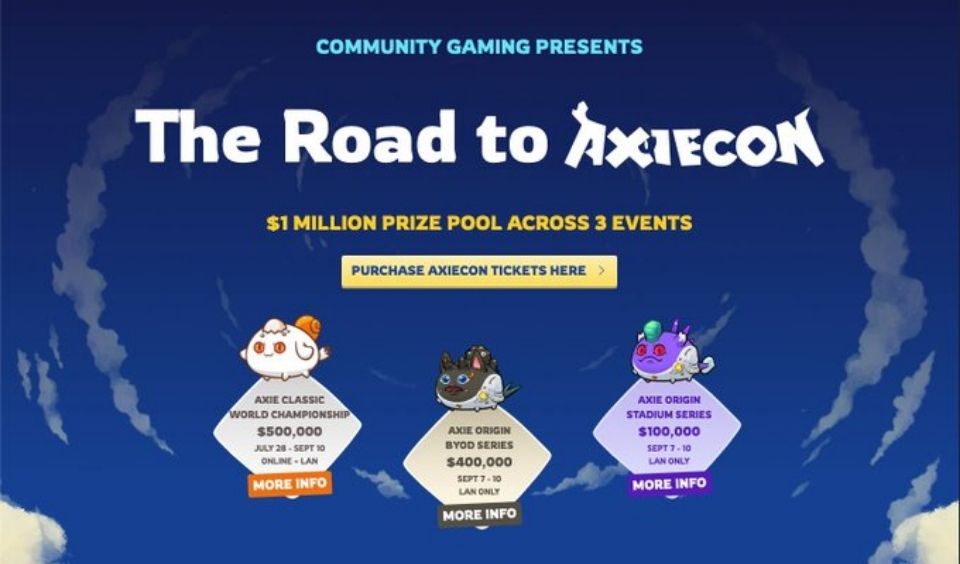 Axie Infinity – one of the pioneers of GameFi has announced a community gaming event. The Road to Axiecon, it features a $1 million prize pool across 3 events. It will feature thousands of players competing across three different phases of gameplay.

The Road to AxieCon qualifiers start in 24 days!

Plenty of time left to train and prepare- make sure you have the @CommunityGaming portal bookmarked!

All key dates and information about the format can be found there:https://t.co/njezoIAxY0 pic.twitter.com/NjPCp7hoBY

Details of The Road to Axiecon

The Road to Axiecon begins on the 28th of July, which is just 24 days from now. More so, it will continue till the 10th of September. This massive contest will feature open qualifiers from the opening date till the 7th of August. Besides the price rewards, there will also be additional benefits for top ranking players.

During this period, about 64,000 players will get the opportunity to progress into the next phase. However, participants will be divided into two regions – East and West. Where the highest ranking players will be separated into groups in the advanced stages of the contest.

To be able to participate, interested person will have to purchase a ticket via the Axiecon official website. The price is $150 per one unit. However, there is a $31.50 tax in addition to the initial cost. Which brings the total to $181.50.

Phases in the Axiecon Contest

There are three different stages in this competition. They are as shown below:

Happy Hippos Announces the Launch of Hungry Hippo on January 4, 2022