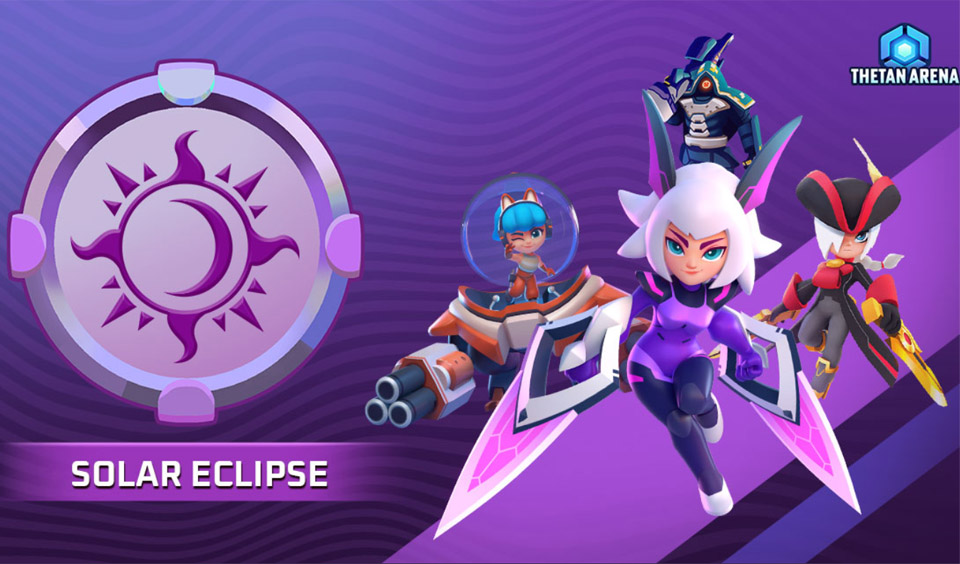 Thetan Arena, the first MOBA e-sport game platform, has announced Thetan Arena Faction: Solar Eclipse – Never-Ending Darkness. Thetan Arena has built a story around this Solar Eclipse and it centers around a mysterious but deadly group behind the cruel assaults on the world’s government forces.

This mysterious group undergoes different missions. When they go on a mission, no life is spared as they only leave debris behind. Only a handful group of lucky preys survive the attack and tell the gory tales of unseen bullets and blades from the darkness and shadow. That is even if they can overcome the terrible trauma that comes with the attack.

The light in the dark is not always the light of hope. Sometimes, it is just a gleam coming from unseen blades and aiming at your head.

The assassinations of this group are becoming more frequent but no one understands their real intention. Many rumors abound about the group with many saying that the Solar Eclipse is interested in obtaining cutting-edge technologies for undisclosed ultimate weapons.

No one knows if this rumor is true or not but the deadly activities of the group are becoming persistent. Unfortunately, it may take a very long while for other factions in the metaverse to reveal the truth and cast over the darkness.

Highlights of Notable Members of the Solar Eclipse Faction

While no one knows the real reason behind the attacks, the members of the factions are well-known. Notable among them are:

More Information about the Thetan Arena

Thetan Arena is the first MOBA e-sport game built on blockchain technology. Players can gather friends and form a team to fight with others and earn rewards with their skills. The gameplay revolves around a combination of teamwork and personal skills. Gamers can challenge themselves with different game modes, including Battle Royale and MOBA.

Battle Royale can be played as a solo or Duo game. It requires teaming up with friends or playing along to remain the last man standing. All you have to do is display your skills and survive the massive battle between forty-two players and twenty-one duos in the game.

Players can earn NFTs items and sell them in the marketplace to earn money. The in-game currency used in the game is the Thetan Coin and individuals can earn it when they play game modes or participate in other activities on the platform.