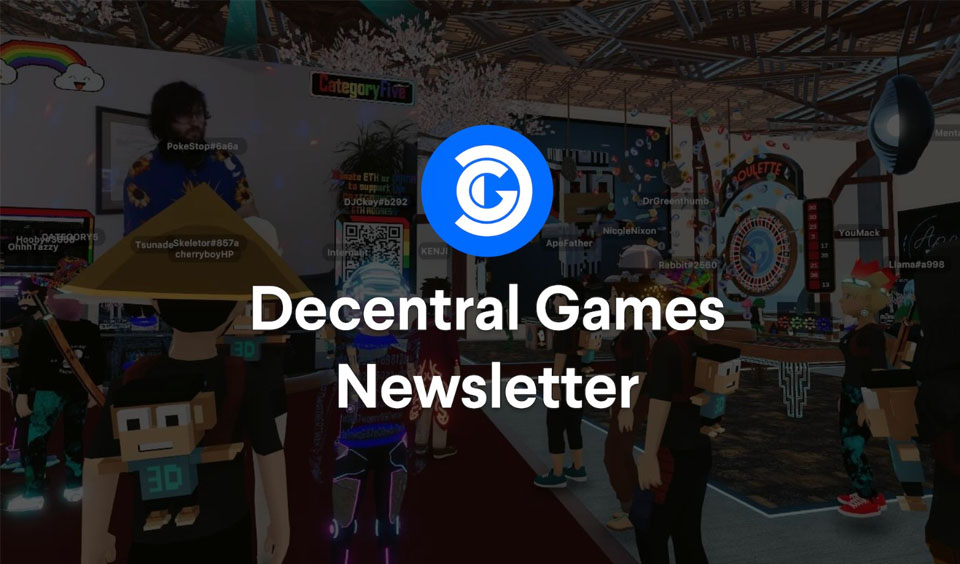 The DG team is ready to get back at it after the holiday, and we've got an exciting week coming up

Read for a recap of last week's highlights 👇 pic.twitter.com/znJxTrkDLJ

The game platform will celebrate the second anniversary of the DG mainnet Launch on December 1. In celebrating the huge success the game has experienced, it will host a send anniversary party with great vibes, bangin’ music, and special giveaways.

Decentral Games said it will give $xDG and physical DG wearables to participants during the event. The game mentioned it will release more details about this event in the coming days.

Decentral Games launched its daily and weekly Sit-n-Go leadership competition last Monday with several rewards. Participants in the ongoing event have started receiving their rewards with the top five players in the daily ranking competition earning between $30 and $10 in $xDG.

The weekly competition also saw the top ten players receiving attractive rewards between $200 and $25 in $xDG. According to the game platform, it will start the month competition on December 1.

The game platform mentioned it updated the default tournament event start times and details. Based on the recently passed governance proposal in the game, the team will update all default settings of the tournament to the following:

In addition to these changes, the platform will add routine Higher Roller tournament events. All tournament events will launch at midnight UTC with the daily leaderboard resets. Players can play the Deepstack Mega Shine today, November 28, with 24 Shine Entry, 2,000 Chips, and 4 Minutes Blinds.

Decentral Games mentioned it has partnered with The Land Vault to introduce integrated ads. Another update is on the product development, which covers ICE Poker Flex, Ice Poker Metaverse, Web, and Marketing.