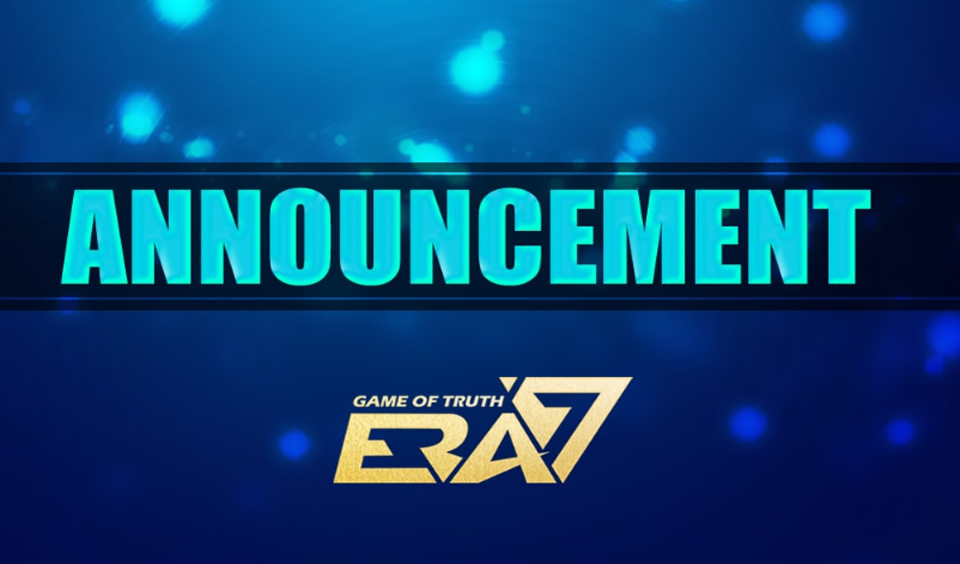 A brand new innovative NFT-based play-to-earn trading card GameFi project, Era7: Game of Truth has announced the open call for the 2022 ESFI X Era7 Master Battle. This is the first Era7 contest that will be hosted by eSportsFi.io and it is slated to start on June 23.

The world of Web3 eSports is flourishing and the goal is to find blue-blooded eSports gamers who possess the courage to embark on challenges and overcome limits consistently. These gamers will create a three-minute passionate eSports event in the world of Era7.

The qualifying event will run from June 23 to June 25 and the quarter-final will hold on June 29. The semi-final will take place on July 2 and the final on July 7. Winners in the event will have a share of the prize pool and also access some other benefits.

Highlights of the Prize Pool Distribution

16 participants will share the prize pool of 10,000 ERA and 8 Light BOX. The rewards will be sent to winners seven days after the completion of the contest. Here are the details of the prize pool distribution:

Other Benefits for Winners

The top four players in the contest will team up to form a Tavern-Challenge Team. The team will be eligible to participate as a part of the top 8 Tavern-Challenge during the next contest. Players will also enjoy lifetime benefits, which include becoming beta testers of the upcoming toolkit that EsportsFi Official will release.

All players will also qualify for an official esportsFi affiliate account with which they can earn a commission. They will also become a part of the EsportsFi Contest Governance Committee and will have voting rights.

How to Qualify for the 2022 ESFI X Era7 Master Battle