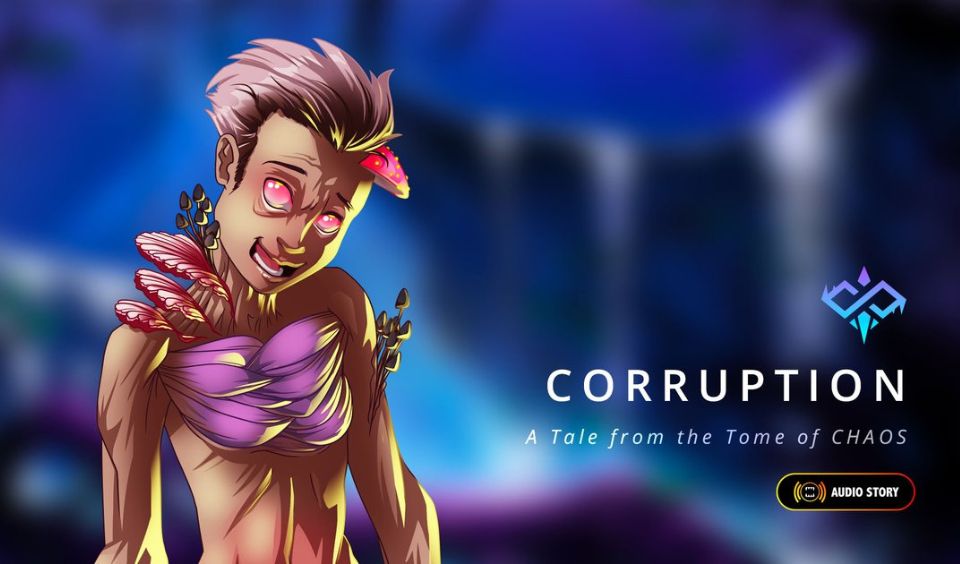 With the year coming to an end, blockchain gaming outlets are rounding up. While some are organizing contests, other are giving insights to their plans for next year. One of such blockchain games giving future insights is Splinterlands. The game releases a teaser of a new aspect of its Lore that will be added to gameplay. This new aspect is titles Chaos Legion: Corruption. Splinterlands made this announcement via its Blog. Here are the details of Chaos Legion Corruption Teaser.

This new gameplay features an in-game character who goes by the name Fiafia. It begins with her trying to free people captured by a lumbering fungal creature called Mycelia. The creature captures people and turns them to zombie-like creatures. In an attempt to free a female prisoner, Fiafia almost get killed as she is overwhelmed. Luckily for her, an elf and a dwarf rescued and healed her.

Hearing their story, Fiafia she realized that they were also forced out of their respective homes by unfortunate event. She offers to join in the fight, despite just being sixteen years of age. They returned to the game where they had rescued Fiafia. Getting past three guards at the entrance of the cave, they proceeded deeper. Getting to the Mycelia’s lair, they were able to free the captives.

However, something struck them in the course of their rescue. The lumbering fungal creatures did not seem intelligent enough to have caused this much chaos. This means that they are not the main architects of the problem. Therefore, someone else is pushing the buttons from the shadows. Following this new discovery, the three heroes proceed down the tunnel to find out who is behind this chaos and corruption.

Users can watch the video on the Splinterlands YouTube Channel.

Splinterlands is also set to hold its town hall. Through this town hall, the game will highlight new releases and announcements for the game. Also, the Splinter team will answer question from their community members while celebrating certain milestones. Members who want to ask any questions can send them to the #town-hall channel of the official Splinterlands discord server.