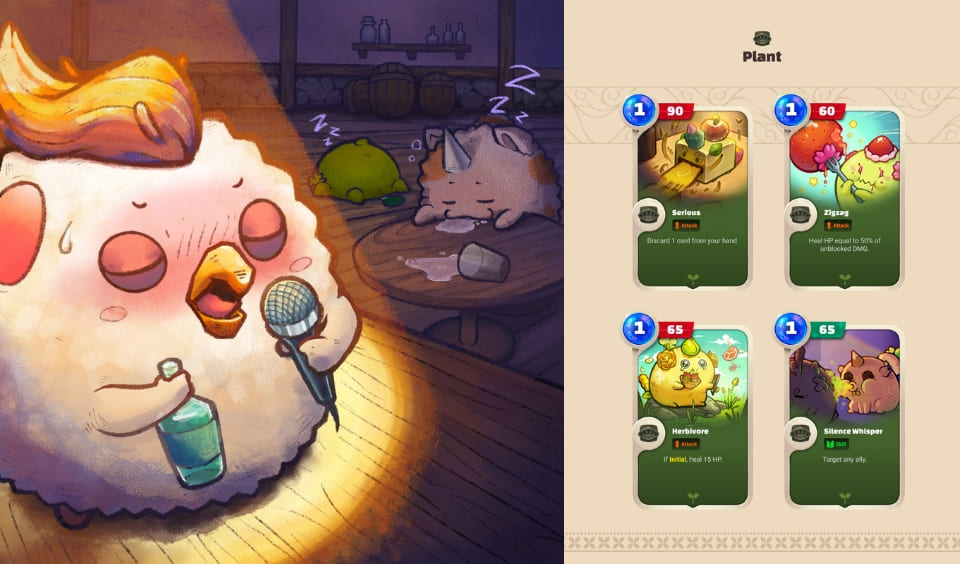 Earlier on Axie Infinity announced the introduction of cards to gameplay. Alongside plants and undead, players will be able to summon them during battle. It also gave peaks at the Origin Tail Cards. Following that update, the game is giving insights to the Origin Mouth Cards. Here are the details.

👄👄👄Today we have our next Origin sneak peek: the mouth cards!

Details of the Origin Mouth Cards

Unlike the Tail Cards, Origin Mouth Cards there are fewer options in this deck. They include the following:

Similarly, this information above are mere insights to the actual cards. Development is still on and Axie Infinity will be using feedback from its community members. Therefore, it is advising players against making decisions solely using details from these sneak peeks.