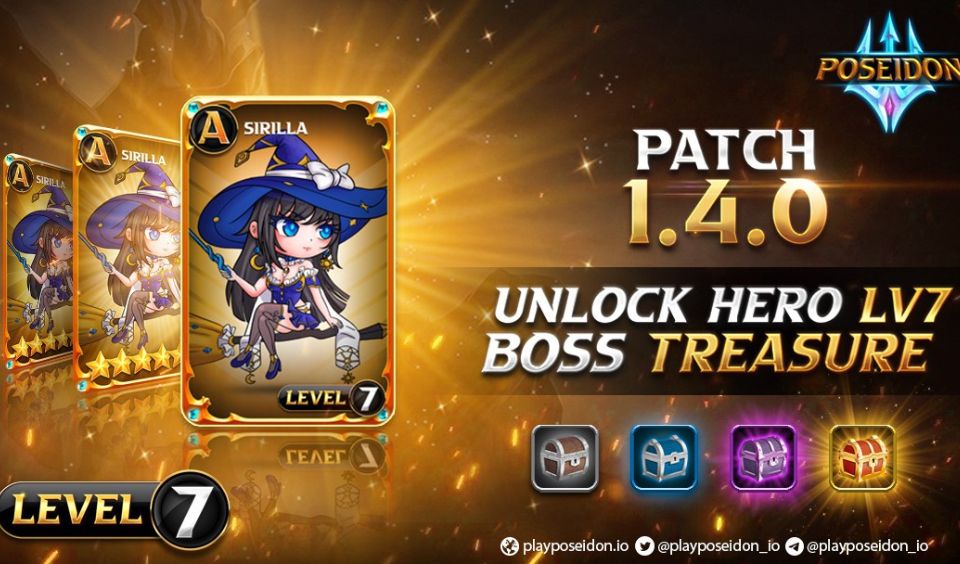 On the 22nd of June 2022, by PlayPoseidon took its game’s server offline to install the patch note 1.4.0. The entire process continued from 6:00 AM UTC till 9:00 AM UTC. This update comes just a few days after the team gave insight to the roadmap for the rest of the year.

🎁All Boss Treasure can now be opened.

🔑 Epic and Legendary Keys for sale

Changelog of the PlayPoseidon Patch Note 1.4.0

The PlayPoseidon patch note 1.4.0 focuses mostly on gameplay improvements. This includes access to higher levels while playing. However, there will also be significant modifications to the NFT shop. More so, there will be changes to the prices of digital assets. Below are some modifications to expect:

One of the major changes coming with this update are major modifications to the in-game marketplace. The Epic and Legendary Keys are now available for sale. To celebrate this upgrade, the Epic key will be available for 120 PPP, instead of 200 PPP. This bonus will only be available till the 1st of July. Other changes to the NFT shop include:

There are other small changes that will be taking effect. For example, it will now cost a flat fee of 10 PP to craft a rare treasure. There will also be reduction in the cost of upgrading a hero in Tier C.

Dragonary Introduces New Quests: Here’s All You Need to Know