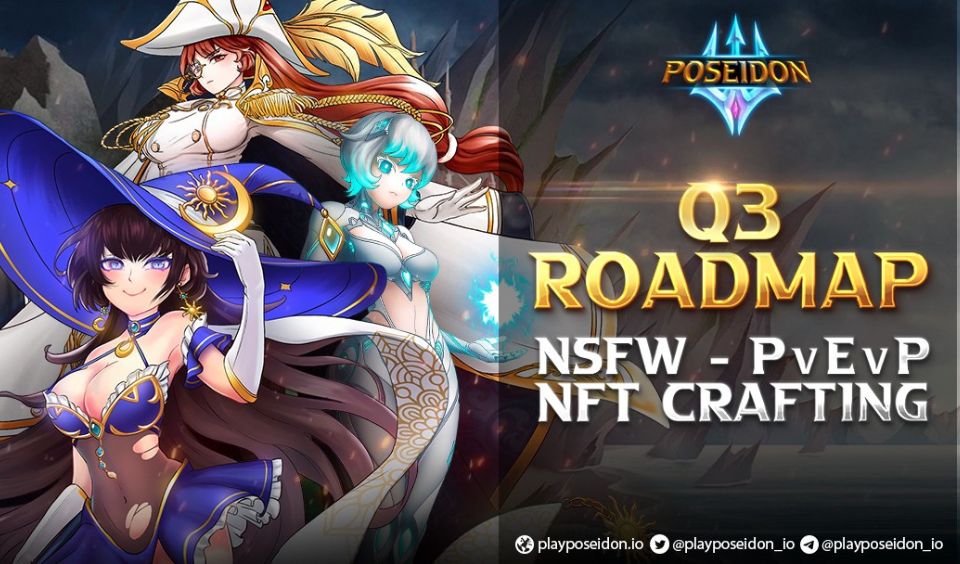 Despite the state of the crypto market, PlayPoseidon is still waxing strong. After the launch in April, its NFTs and governance tokens have been performing daily well. Following these achievements, the game is issuing a development update. With the second half of the year coming to an end, it is also releasing the roadmap for  the Q3 and Q4 of 2022.

Details of the PlayPoseidon Development Update and Roadmap

In the meantime, here are some of the milestones that PlayPoseidon was able to reach in the past two to three months:

While highlighting its development update, PlayPoseidon is also giving users insights to its roadmap. Its plans include changes to the course of gameplay and upgrades to digital assets.  Below are the details of what to expect in the Q3 and Q4 of 2022:

PlayPoseidon will be upgrading the NFTs to include animations for each Hero. As such, there will be default cinematographers. However, there will be additional options that you can use to customize your in-game character when you level up. They include sexy pose, funny pose, vulgar expression, etc

By Q3, the team will develop a PvEvP system into gameplay. This will allow players to compete against each-other as they try to survive and last hit the boss. The person who is able to defeat the boss will receive a massive gift. There will also be a time-based event that will take place 4 times per day – Dungeon Raid Boss. This will be in addition to World Boss – a one time event.

To support these new additional, there will be a better NFT crafting equipment for users. Very soon, they will be able to boost their Hero’s power with NFT Weapon Orb and NFT Ancient Relic.