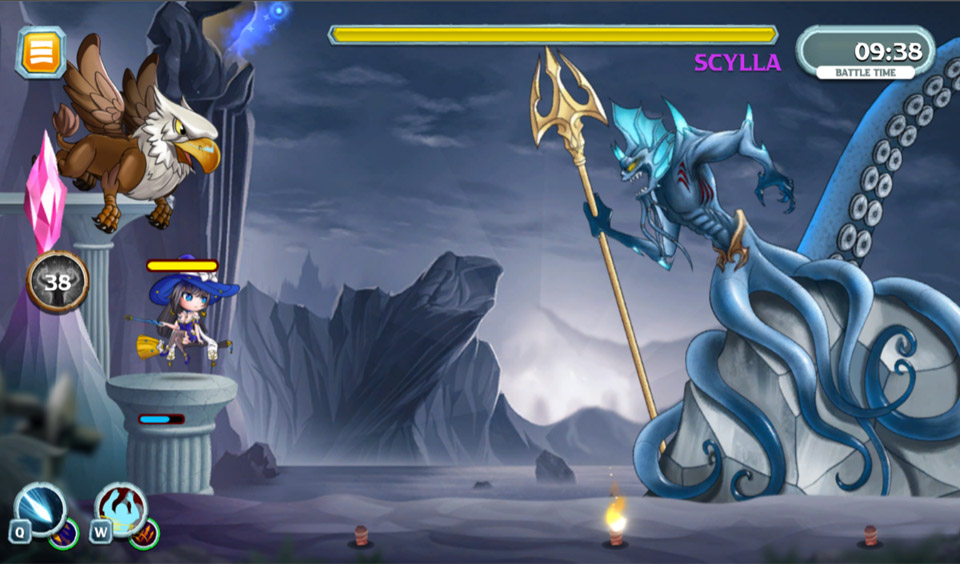 The game platform has also announced that it has a big update coming, which will deliver the first kind of Boss, called the Casual Boss, in its Boss System.

👾 In the next big update, #PlayPoseidon #NFT will introduce the first type of Boss monster: the Casual Boss

This article will tell you everything you need to know about this new feature !!

Highlights of the Two New Updates

If a Hero has a low farm cap of less than 2% of the standard daily farm cap, the PPP reward for that match will not be remitted to the player. According to PlayPoseidon, this will prevent the creation of too many PPP transactions on a small token amount.

When the farm cap of the Hero recovers above 2% during the next match, the PPP reward will be restored as normal. It is worth mentioning that the free-to-play matches will not be impacted by this update.

The limit for one account has been increased to three. That means one account now has the opportunity to claim up to three Weekly HighScore Prizes for each week. The first claim will be 100% while the second and third claims will be 50% and 25% respectively.

The Next Big Update on PlayPoseidon: The Casual Boss

PlayPoseidon has announced that it will introduce the first type of Boss, the Casual Boss, in its Boss System. Here are all you need to know about the Casual Boss and the mechanism of earning from it.

PlayPoseidon NFT Boss Battle: How to Trigger It

Players are required to fight battles from Map Level-4 and above to participate in Boss fight. During the fight, there is a chance that a Casual Boss will show up. Many factors will contribute to this random chance. They include:

The Strength of the Casual Boss: How Strong?

Casual Bosses have three rarities when spawned. They include Very Rare, Epic, and Legendary. A higher rarity level of the Boss means a tougher battle. However, it also means better rewards.

The game platform will release one Very Rare Boss and one Epic Boss in its next update. It is worth mentioning that when players defeat a Casual Boss, they get different kinds of rewards. These include Treasure Shard, Bonus EXP to Hero, and Bonus Treasure.