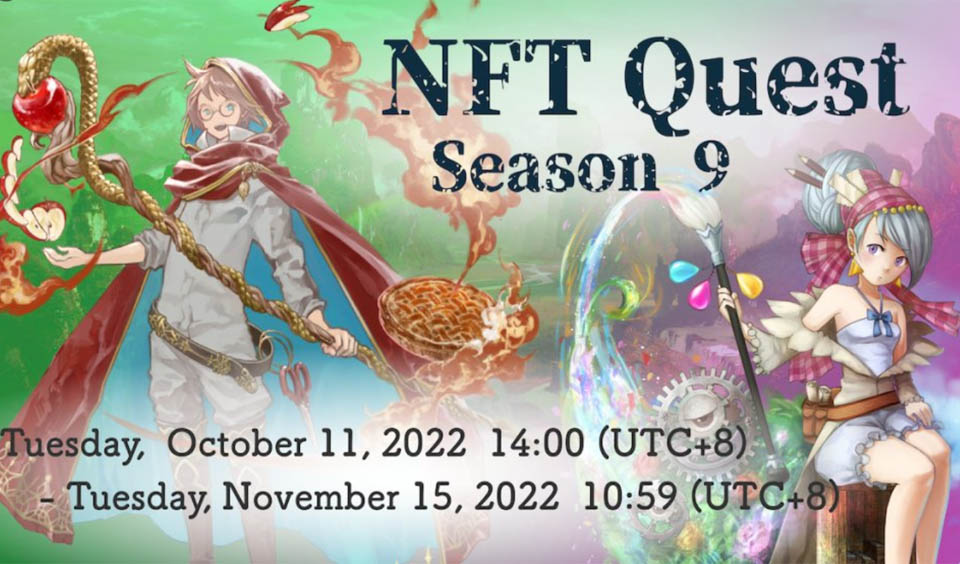 Job Tribes, the world’s first workplace role-based blockchain game, has announced the details of the duration and rewards for its NFT Quest Season 9 slated to launch on October 11 and run until November 15.

We are pleased to announce the duration and the reward settings for Season 9 of #JobTribes NFT Quest is now available!

Highlights of the Timeframe for the NFT Quest Season 9

Following the maintenance, Job Tribes revealed that it will start its PvP week 9 Season on November 15, and it will run until November 21. The game will have Standby Days from November 21 to November 22 when both the NFT Quests and PvP games are closed to players.

Following these Standby Days, the platform will carry out another maintenance. The Job Tribes game will not be available to players during the period. The game platform has revealed its NFT Quest Season 10 will start on November 22, following the completion of the maintenance process.

Highlights of Rewards for the NFT Quest Season 9

Participants in the NFT Quest Season 9 will have the opportunity to win from the prize pool set aside for this event. Each quest entails fifteen stages and players can complete each once a day.

Participants who complete all fifteen stages in the Legendary Quest in a day will receive a total reward of 13,900 DEP. The amounts of reward a player can earn each day for the total of fifteen stages per quest are enumerated as follow:

Job Tribes will distribute all rewards as DEAPchecks, which winners can redeem for DEAPcoin (DEP).

What NFTs are not eligible for Common Quest?