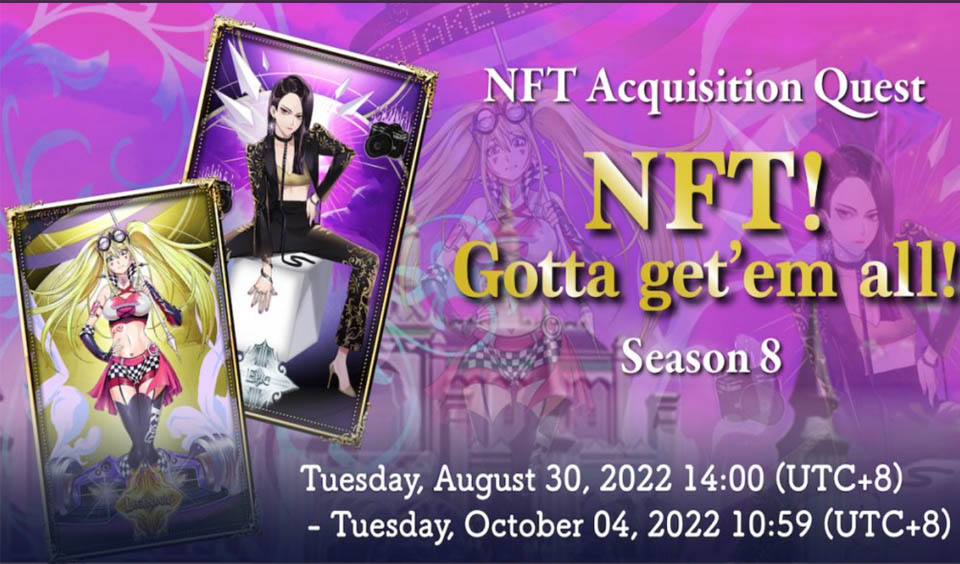 Job Tribes, the world’s first workplace role-based blockchain game platform, has released details of its NFT acquisition Quest, which it calls NFT! Gotta get’em all! Season 8 is slated to hold on August 30. The event will run from 2:00 pm (UTC+8) on August 30 to 10:59 am (UTC+8) on October 4.

What is NFT Acquisition Quest?

This is a quest that players can challenge when they spend DEP. At the commencement of the quest, the game platform will randomly drop an Amulet or an NFT every time a gamer challenge a quest. Players can receive a higher drop rate of high rarity NFTs when they spend more DEP on quests.

We're pleased to announce the details of the NFT acquisition quest "NFT! Gotta get'em all!" Season 8!

As mentioned, players need to use the DEP to take part in the NFT acquisition quest and they can attempt the quest multiple times per day. There are two quest types in the trial, the 1,000 DEP Quest and the 10,000 DEP Quest. As gamers spend DEP tokens, a battle takes place.

Depending on the outcome of the battle, the winning gamer will receive an Amulet or an NFT as a reward. Each quest comes with a different enemy deck, which changes each day. Additionally, 1,000 DEP and 10,000 DEP Quests are designed to have bonus features that allow players to earn extra rewards when they spend ten times more DEP for a quest.

The reward will vary in the NFT Acquisition Quest Season 8 based on the result of the quest. This varies from Great Victory, which means winning within 2 turns in the game to “Win”, and “Loss.”

The percentage of the drop rate is rounded to two decimal points, which means the total may not be equal to one hundred percent.

The NFTs that will be dropped include: