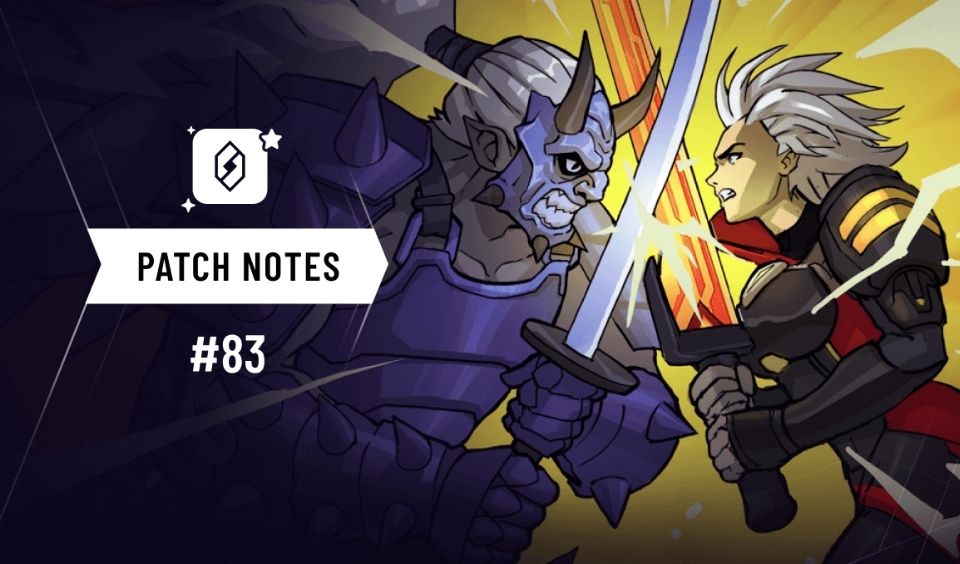 In the blockchain gaming world, you have to offer players the best gaming experience. Should you fail to do so, you risk losing them to the competition. Skyweaver understands this and that is why it is currently updating. Following the release of patch #82, Skyweaver is updating the game through Patch #83 Notes. This update comes just hours before the Discovery Open Tournament. Announcement of this update was made via its news channel. Here are details of this announcement.

Details of the Patch #83 Notes

This new Patch goes live on Thursday the 16th of December by 06:00 PM EST. Following this update, there will be the addition of new features to the game. This involves the addition of Spell and Unit icons to the deck and graveyard sidebars. Skyweaver is also adding Buff and Rebuff icons to the cards in the deck sidebar. Also in this new update, players can now see a breakdown of elements & types of cards in the deck & graveyard sidebars.

Furthermore, gamers can easily access new decks from the navigation bar. Android users will now be able to buy conquest tickets in the app in this update.Besides the new features, there are also improvement on old ones. Like the addition of a refresh button to the “lost connection” modal in the main menu. Users will also notice that the visual style of the deck and graveyard sidebars are better.

Skyweaver also fixes some bugs in this new update. For example, the game will not skip match end animations if a player concedes. Players made complaints about the appearance of the “download assets” prompts. In this new update, that prompt will appear a lot less frequently than it normally does.

Considering the timing, it seems as though the patch was done particularly for this tournament. This tournament will hold on the 18th and 19th of December 2021. There will be 256 entries for this contest. Top 9 players will earn from a $5000 prize pool. They will also earn silver and gold cards in rewards.

Discovery Open Tournament is a one-game knockout format contest. On Saturday, there will be rounds of 256, 128, 64, 32 and 16. While on Sunday will be for the quarterfinals 1, 2, 3, & 4, semifinals 1 & 2 and the final. Owing to the time frame and match format, multiple games will be ongoing. Matches will also take an quick and rolling stone form. Players who win previous rounds will quickly get to join the next round.

You can get more details from Community Gaming. Also follow the tournament discord server for more information.